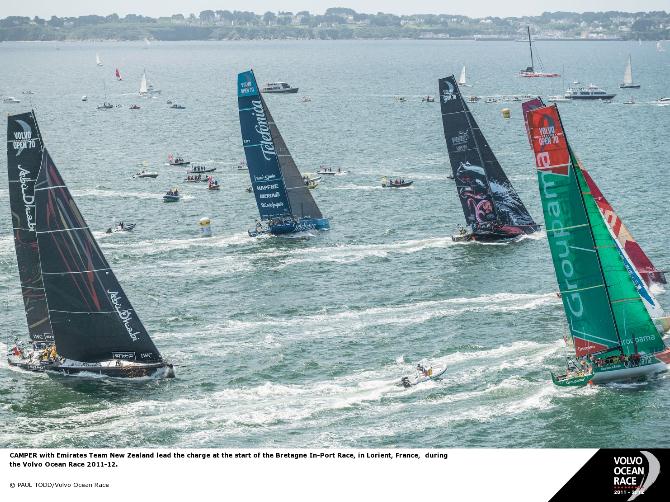 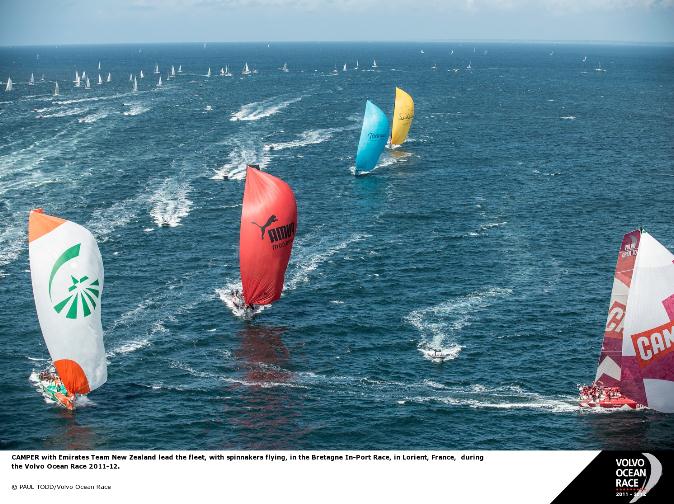 The battle for the In-Port Race Trophy goes down to the wire with Saturday’s Discover Ireland In-Port Race set to decide what has been a gripping series.

After nine inshore races in the host ports along the route, four teams are still in with a shot of glory when the fleet takes to the water one last time on Saturday, with Galway Bay providing the arena for the final showdown.

Just one point behind sit Groupama, who secured overall victory in the round-the-world race with a second-place finish in Leg 9 from Lorient to Galway, Ireland.

Four points off the pace are Abu Dhabi Ocean Racing, who along with Groupama have won the most in-port races with three apiece.

Although relatively low-scoring, accounting for around 20 percent of the points, the in-port series has played a crucial role in deciding the overall winner of the Volvo Ocean Race.

The in-port races are held around short courses close to the shore to provide a spectacle for fans, lasting around 60 minutes.

While fascinating to watch, they are a huge physical test for the teams, pushed to the limit by a constant stream of tricky manoeuvres that would normally be carried out by a crew of up to 18 sailors in similar sailing events.

The Volvo Ocean Race teams must pull off the demanding moves with just 10 sailors, while the onboard Media Crew Member documents the action.

To make things even more challenging, race management decided to remove the rule from the 2008-09 race allowing teams to bring in extra muscle to help with the strenuous task of grinding.

Such is the intensity of the short-course racing that a good start is critical, while one slip-up can prove disastrous.

Consistency has been the key to inshore success as demonstrated by Chris Nicholson’s CAMPER crew, who have scored one win, three seconds and three thirds in nine races.

"We called it all along just how significant these points would be and they are," Nicholson said. "But it’s also more than the points – it’s a reflection of the boat, team and shore crew."

Ken Read’s PUMA crew are also up there thanks to a raft of solid results. Despite never having won an in-port race, they are tied on points with CAMPER thanks to eight podium finishes in nine races.

"It’s very clear when you’re racing at this calibre that going out and winning races is almost impossible," said Read. "You need a break, you need to be smart.

"Early on we decided that consistency would be the best policy for this and for a while we kind of departed from this and we paid for it when we had a couple of red flags and penalties.

"If we end up winning this in-port series, consistency will prove that key."

Telefόnica showed fantastic potential winning two of the first four races, but a string of disappointing results in the second half of the series sees them enter the final race in fourth overall and out of contention for the in-port race trophy.

"[The in-port series] was very important in points, but very difficult because we didn’t have very many people on board so we really needed the two grinders we had before," said Telefónica skipper Iker Martínez.

"We always thought we had to be better at the offshore, and I think at the end it happened like that, but then it’s true that we had a painful experience.

"The inshores were difficult and they were very difficult for us, but they are great for the spectators and the sponsors."

The Discover Ireland In-Port Race, the final scoring opportunity of the Volvo Ocean Race 2011-12, will start at 1200 UTC (1300 local time) on Saturday. 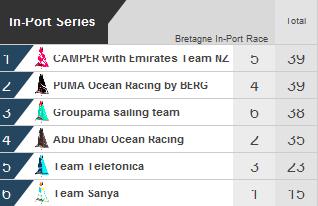 Previous news: Hainan has fewest deputies in all province-level regions in China