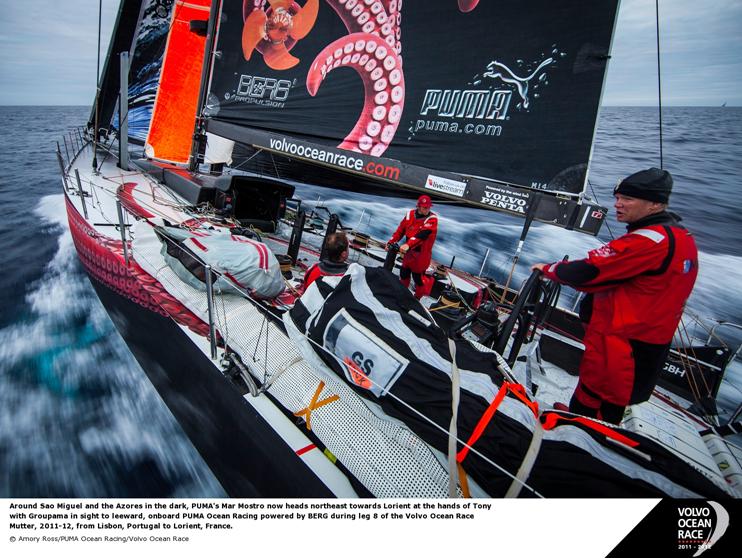 Team Telefónica led a furious charge into the eye of a North Atlantic storm on Wednesday, with just 10 nautical miles separating the top four teams overall and the fastest 24-hour runs of the race a real possibility.

How the leading quartet of Groupama, Telefónica, PUMA and CAMPER play the risky situation could ultimately decide the entire race with just 23 points between them and only one more leg to go after the fleet arrive in Lorient on Friday.

The teams have been battening down the hatches in preparation for gale force winds up to 50 knots and waves in excess of six metres that could see the IWC Schaffhausen 24-hour record for the race toppled, but could equally prove boat-breaking. 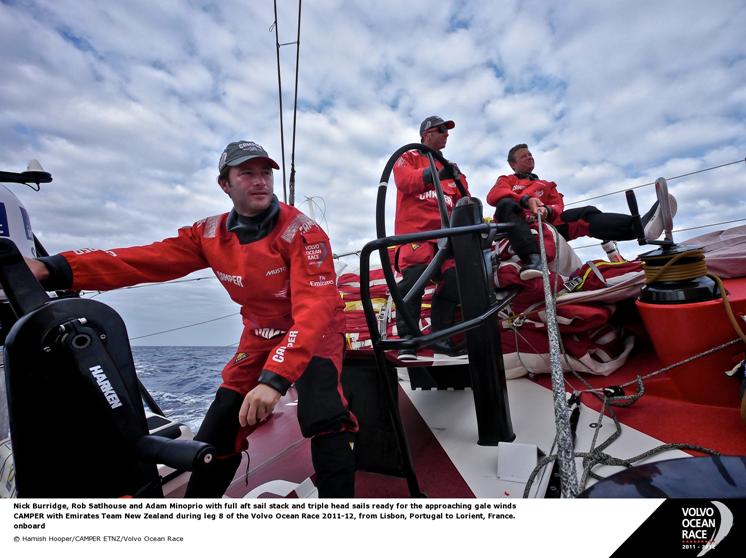 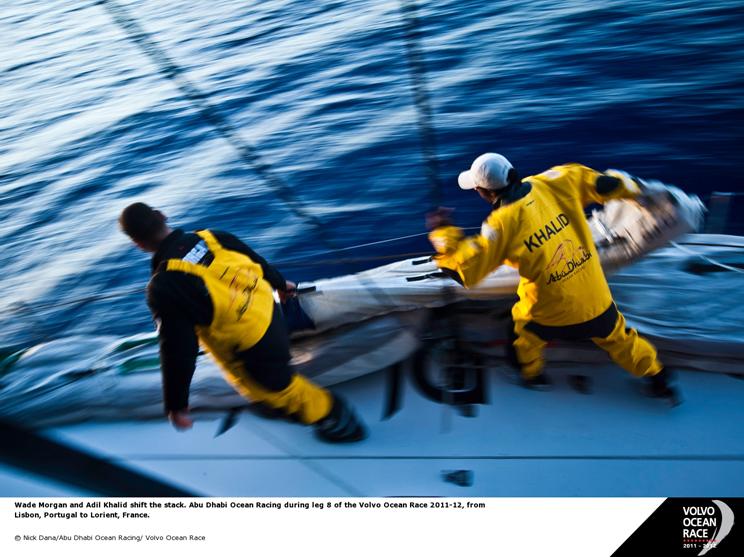 The delicate balancing act is likely to turn many a skipper and navigator into an insomniac.

On board Abu Dhabi’s Azzam the whole team have been engaged in an intense team meeting to discuss their tactics for what skipper Ian Walker described as "the sternest test yet of this race".

"This leg could still hinge on who pushes hardest and survives the gale force winds ahead,” the double Olympic silver medallist said. "We will make sure we are well rested and everything is strapped to the back of the bus before the wind rapidly builds tonight.

"In those conditions, first and foremost it is surviving. The problem is that we are actually racing so it will be a case of which boats push hardest and force everyone else to as well."

Few are more nervous than Groupama sailing team, who have the most to lose. The overall race leaders, nursing an eight-point advantage over Telefónica, are all too aware that they will have to push hard to defend their narrow lead on the Leg 8 race to their home port.

But, with the conditions threatening to be as tough as the Southern Ocean in Leg 5 when the French team broke their mast and were forced to finish under jury rig, there will be trepidation.

One thing the team are confident in is the stamina of their crewmen, who are prepared to put every ounce of energy into the remaining 1,000 nautical miles, according to helmsman/trimmer Charles Caudrelier.

"There is a lot at stake, for sure,” he said. "We are realising that we are leading the Volvo Ocean Race, and that we can win it. We are in front and that’s more motivation. Plus the leg is short and we don’t have to save energy for later on. We are sprinting."

The teams will be sprinting alright, with 24-hour distances expected to near, if not better, the 553 nautical miles notched by CAMPER with Emirates Team New Zealand during Leg 1, which has Chris Nicholson’s team at the top of the IWC Schaffhausen Speed Record Challenge leaderboard.

CAMPER navigator Will Oxley said there was plenty of run-way available for the teams to accelerate without interruption, loosening the team’s current clutch on the IWC Portuguese Yacht Club Chronograph Edition ‘Volvo Ocean Race 2011-12’ timepiece.

"There are almost 800 miles before we have to gybe, so there are plenty of opportunities for very fast time/distances to be covered over the next 36 hours,” Oxley said. "A 24-hour distance record is possible, certainly the watches are up for grabs."

Ericsson 4 broke the world 24-hour speed record for a monohull during the 2008-09 race, recording 596.6 nautical miles — a mark that has not been bettered since.

The latest ETA for the boats’ arrival at Lorient, on the Brittany coast of France, is Friday. 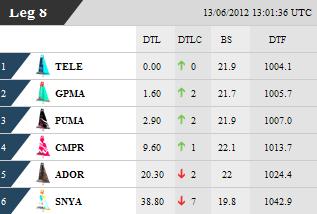 Next news: Euro 2012 boosts consumption of football-related products in Haikou