VOR fleet near Miami as Sanya carries out repairs in Savannah 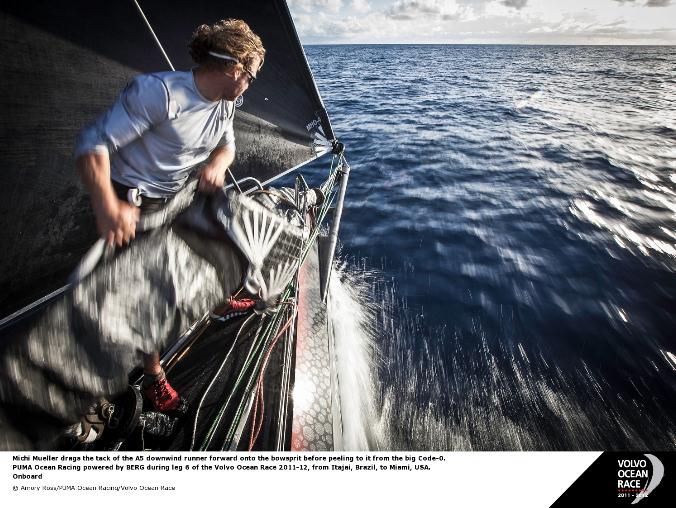 The Leg 6 frontrunners pointed towards Miami for the first time on Saturday after clearing the north-eastern tip of Brazil, hoisting spinnakers as they set up for classic trade wind conditions.

Focus turned from tactics to straight-line speed as the fleet, led by PUMA Ocean Racing powered by BERG, lined up for a 3,000-mile drag race through the Caribbean Sea.

Speeds were expected to rise throughout the day as the teams stretched their legs in the faster downwind sailing conditions typical of the south-east trade winds that the cutting edge Volvo Open 70s revel in. 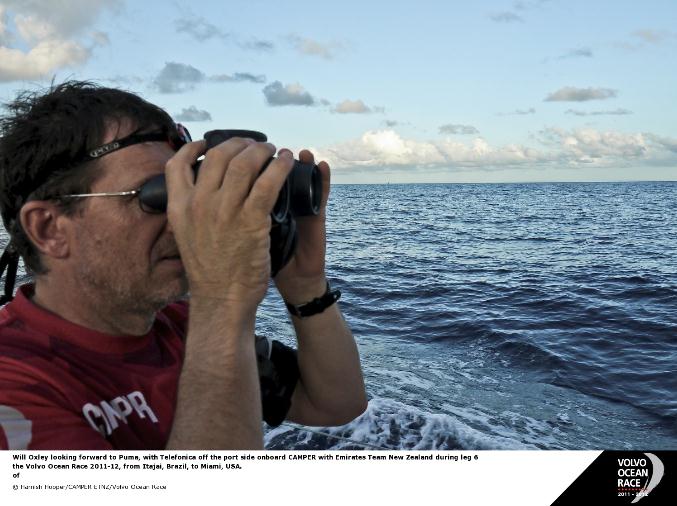 At 1300 UTC, PUMA were clinging to a narrow lead of five miles but CAMPER with Emirates Team New Zealand and Team Telefónica, practically neck and neck in second and third, continued to bite chunks out of Ken Read’s crew’s narrow advantage.

Around 22 miles back were Abu Dhabi Ocean Racing, while fifth-placed Groupama sailing team remained around 100 miles adrift of the leaders.

Although they were passed by Telefónica yesterday, CAMPER skipper Chris Nicholson said his team were relishing overhauling Iker Martínez’s crew to reclaim second place early on Saturday as the fleet rounded Recife, the north-eastern point of Brazil.

"Personally I don’t think that from here we’re going to see vast differences in the boats, so we’ll probably see these first three boats stick closely with each other,” he said.

"I think we are very competitive — we certainly don’t have an issue in the tight reaching.

"This was a course that could have been extremely difficult for us with regards to a lot of jib reaching and it hasn’t been the case so far.”

Despite losing their grasp of the leading trio, Abu Dhabi were looking forward to opening up the throttle on Azzam in the downwind conditions.

"Hopefully we’ll make some gains downwind,” watch captain Rob Greenhalgh said. “Later today we’ll turn the corner, get our spinnaker up, get some downwind sailing going and see how the boats are matched in that sort of stuff.

"It’ll be great to get the spinnaker up and get some boat speed.”

Abu Dhabi have lacked the edge over their rivals at certain points of sail but Greenhalgh said the crew were itching to see how their downwind speeds matched the rest of the fleet.

"To be honest it’s nice to be in the race,” he added. “We’ve not been in the race so far just because we haven’t had the boat speed to hang in there, but finally the wind Gods have played our way slightly.”

The race’s sixth crew, Team Sanya, began work on their boat after it arrived by container ship in Savannah, United States.

Sanya will carry out repairs to their rudder, damaged early in Leg 5 leading to their retirement from the leg.

They will also attend to a 1.5-metre crack in the hull, discovered when lifting the boat onto the container ship.

Sanya will carry out the repairs in Savannah before sailing to Miami to rejoin the fleet for the PortMiami In-Port Race on May 19 and the Leg 7 start the following day. 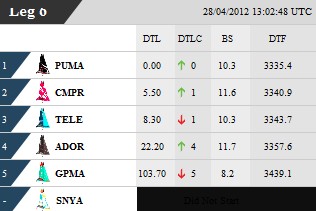