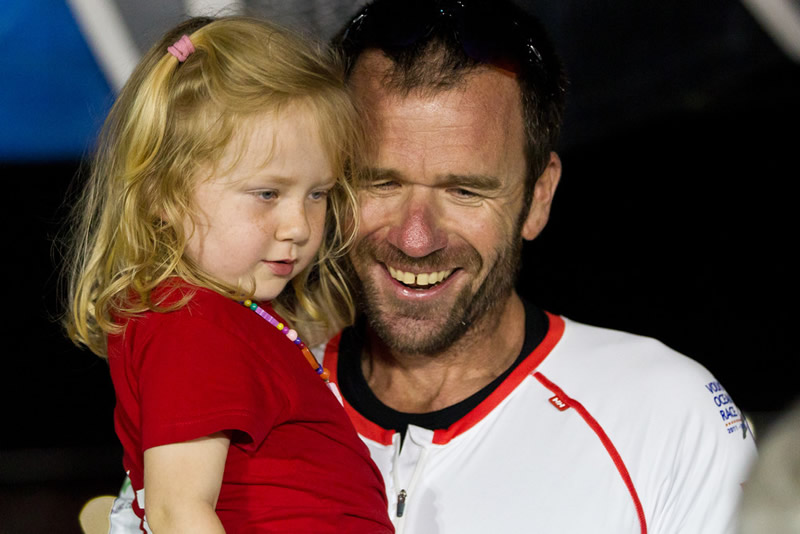 ‘Tiger’ Teng Jiang He (file photo)
The Sanya stopover has been recognised as the best sailing regatta in Asia at a top awards ceremony — with the Volvo Ocean Race’s sole Chinese sailor “Tiger” Teng Jiang He named Chinese Sailor of the Year.

The Chinese city of Sanya, in Hainan Province, was the fourth stopover city of the Volvo Ocean Race and hosted an incredibly successful three-week layover for the race.

In recognition of this, the stopover was named Asian Regatta of the Year 2011/12.

Tiger, a crewmember on the race’s first ever sole Chinese entry Team Sanya, is the first ever Chinese sailor to compete in the race.

"Many thanks for giving me this award,” he said. “I always feel very lucky to sail for Team Sanya so I shall give full credit to the team and the Volvo Ocean Race.”

The gongs were handed out at the 2012 Asian Marine and Boating Awards, held at the China (Shanghai) International Boat Show.

Both awards were presented by Mr. Yang Xin Fa, Vice President and Secretary of the of China Boat Industry.