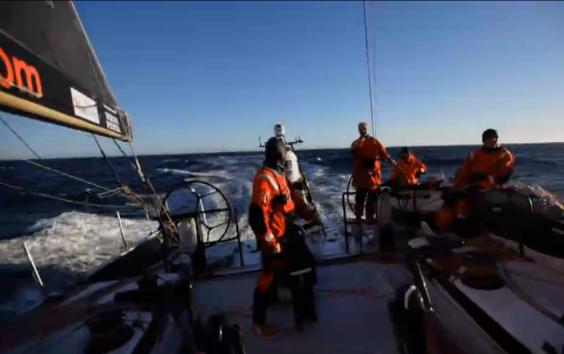 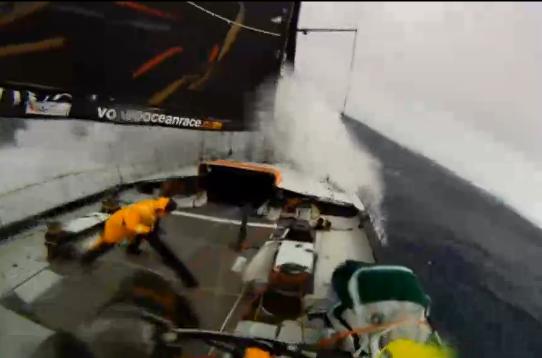 The Volvo Ocean Race continued over the weekend as the fleet left New Zealand and headed for Brazil in leg five of the race.

However tough weather conditions meant many boats were forced to stop and make emergency repairs along the way.

Team Sanya were unable to continue past Miami and will have to rejoin the race in the next leg.

The teams travelled past the notoriously tricky Cape Horn over the weekend on leg five of the race, which takes the six teams from New Zealand to Brazil.

They left Auckland on March 18th and were originally supposed to arrive in Itajai on April 4th, but now that’s been put back two days.

The teams have had to deal with 10-metre waves and powerful winds which whipped up as high as 50 knots.

And the tough conditions have taken their toll on the boats.

Team Sanya suffered rudder damage and had to return to New Zealand.

They’re waiting to be shipped to Miami and will have to miss out on the Itajai stopover.

Camper also had to make critical repairs and were forced to stop in Chile.

Meanwhile Abu Dhabi already had to return to New Zealand for repairs and their bad luck just kept coming as they picked up damage to their hull.

Puma and Groupama have so far managed to avoid any damage and have made it past Cape Horn.

There’s very little in it as the two teams race for Itajai.

Telefonica are chasing in third position, around 230 miles further back.

SOURCE: 7msport.com
Editorial Message
This site contains materials from other clearly stated media sources for the purpose of discussion stimulation and content enrichment among our members only.
whatsonsanya.com does not necessarily endorse their views or the accuracy of their content. For copyright infringement issues please contact editor@whatsonsanya.com