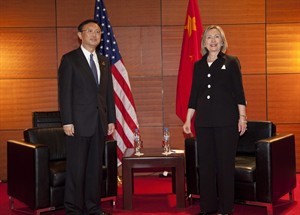 America’s top diplomat is making a rare visit Saturday to China’s Hainan Island. She’s delivering the same message to Chinese State Councilor Dai Bingguo that she conveyed just hours before to China’s foreign minister during a meeting in Vietnam.

These sessions are intended to ease strains in U.S.-China ties ahead of Chinese President Hu Jintao’s state visit next year to Washington.

SOURCE: Google.com
Editorial Message
This site contains materials from other clearly stated media sources for the purpose of discussion stimulation and content enrichment among our members only.
whatsonsanya.com does not necessarily endorse their views or the accuracy of their content. For copyright infringement issues please contact editor@whatsonsanya.com