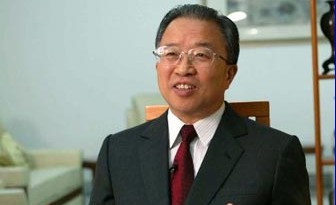 US Secretary of State Hillary Clinton on Thursday rejected the view to apply "a zero-sum calculation" on US-Sino relationship, insisting the two countries are working together for a positive, cooperative, and comprehensive relationship in the new century.
Clinton made the remarks in her Asia strategy speech in Honolulu, Hawaii, where she started her sixth trip to Asia.

The relationship between China and the United States is "complex and of enormous consequence", and United States is committed to getting it "right", she told the audience in the Kahala Hotel and Resort in Honolulu.

"Now, there are some in both countries who think China's interests and ours are fundamentally at odds. They apply a zero-sum calculation to our relationship. So whenever one of us succeeds, the other must fail," she said.

"But that is not our view. In the 21st century, it is not in anyone's interests for the US and China to see each other as adversaries," Clinton said. "So we are working together to chart a positive, cooperative and comprehensive relationship for this new century."

Clinton said the "the breath-taking growth and development" that China has experienced is primarily due to "hard work of Chinese people".

She also argued that the United States, since it established diplomatic relations with China in the 1970s, has consistently supported China's development and prosperity, rejecting charges that her country "is bent on containing China".

"We do look forward to working closely with China, both bilaterally and through key institutions, " Clinton said.

Chinese State Councilor Dai Bingguo and US Secretary of State Hillary Clinton will hold an unofficial meeting in South China's Hainan Province within the next few days, according to the Chinese Foreign Ministry on Wednesday.