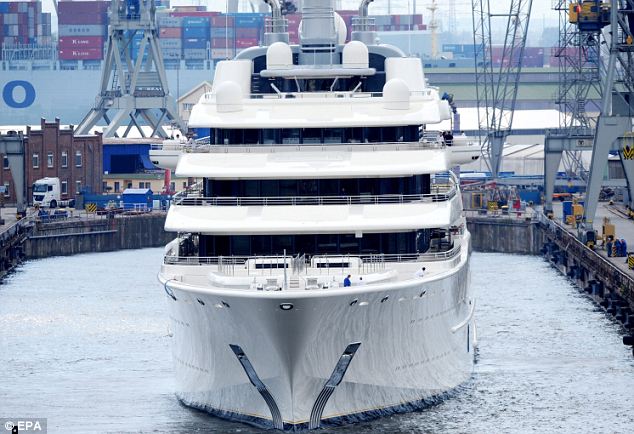 Troubled waters: Mr Abramovich’s super-yacht has yet to set sail 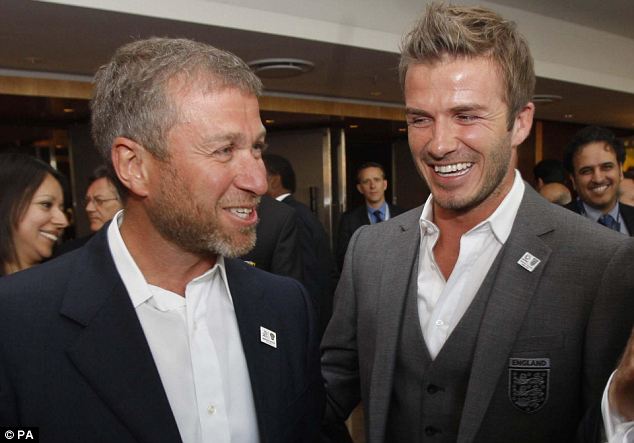 When you are one of the richest men on the planet like Chelsea FC boss Roman Abramovich, you expect your new £329 million super-yacht to be perfect.

But the shipbuilders have been unable to meet the exacting standards of the 43-year-old Russian and the luxury vessel is languishing in a German yard six months after it was due to be delivered.

German company Blohm & Voss built the 560ft, 13,000-ton MY Eclipse – the world’s largest ever private yacht – at their Hamburg yard and it was due to be handed over to Mr Abramovich last Christmas.

But a list of problems has led to disagreements between Mr Abramovich, the world’s 11th richest man with a fortune estimated at £7.6 billion, and the company, which now faces a bill of tens of millions of pounds to rectify the faults.

The problems are said to include a giant mirror on one of the nine decks being smashed during tests in the North Sea. And Austrian crystal glasses purchased for Mr Abramovich’s dinner guests are said to have ‘rattled’ when the electro-diesel engines vibrated. It is claimed the vibrations have also spread to Mr Abramovich’s personal deck.

There has also been a row over demands by Mr Abramovich that leopard and reptile skins used on chairs and to line the walls of a massage room should be ethically sourced.

And the parties are also said to be in dispute about who should pay for shifting the location of a helicopter landing pad.

Recently, additional problems have emerged over a French-made navigation system and paint flaking on some of the decks.

One source said: ‘It shows even the dreams of a billionaire can burst.’
German sources said that Blohm & Voss had not drawn up a sufficiently watertight contract with Mr Abramovich, to the extent that it even failed to state which colour the yacht should be painted and the type of paint that would be used.

Suggestions that Mr Abramovich had wanted to sail to the World Cup in South Africa on board the Eclipse were denied by sources close to the Chelsea boss last night.
But, as the yacht undergoes more sea trials, it may not even be ready for his 70-strong crew to sail in time for his summer holidays.

Last week, Mr Abramovich flew to South Africa on a private jet to support Russia’s bid to host the 2018 World Cup. He plans to return to watch some of the matches but, again, will fly there rather than cruise in one of his three other yachts.

The Eclipse is 36ft longer than the world’s previous biggest private yacht, Dubai, owned by Sheikh Mohammed, ruler of the Middle Eastern country of the same name.

It has two helicopter pads, 11 guest cabins, two swimming pools, several hot tubs, a disco hall, three launch boats and a mini-submarine capable of submerging up to 165ft. It is fitted with intruder detection alarms and a missile defence system. The yacht has 6,000 sq ft of living space and 600 doors and is also equipped with an ‘anti-paparazzi shield’ which is activated by flashlight. Lasers fire a bolt of light directly at cameras to obliterate any photographs.

The windows in Mr Abramovich’s master suite and the yacht’s bridge are fitted with bullet-proof glass and are armour-plated.

A spokeswoman for ThyssenKrupp Marine Systems, which owns Blohm & Voss, said: ‘It is our policy never to comment on clients.’

A spokesman for Mr Abramovich said: ‘We never comment on personal matters.’