The opening ceremony for the 5th Hainan Traditional Ethnic Minorities Sports Games was held at Agile Gymnasium at the Lingshui Culture and Sports Square in Lingshui County on August 11th, 2014.

Over 1,100 athletes from 17 delegations across the island, including from Qiongzhou University, are taking part in the games and striving for medals. Dragon boat racing, single-bamboo-pole drifting martial arts and pearl ball are all included in the competition. 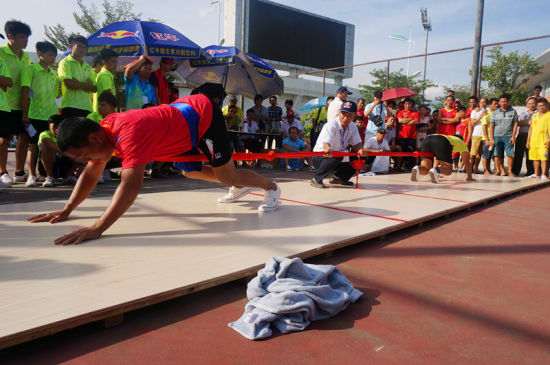 The Hainan Traditional Ethnic Minorities Sports Games, which is held every 4 years, was first held in 1994 in Wuzhishan City, with just sports performances in the beginning. The Games have been great in helping with the development of Hainan’s traditional sports.