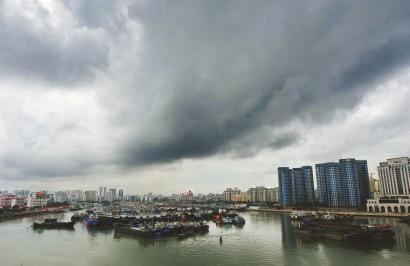 One of the worst-hit Hainan counties is preparing for the threat of new rainstorms. About 15 thousand residents have been evacuated to safer areas.

Over the past 5 days, rainfall has reached 5 hundred and 50 millimeters.

Fu Guangzao, Official of Lingshui County, Hainan, said, "Some of the houses have been submerged, we have evacuated all residents living in low-lying land and homes at risk."

In the worst-hit towns such as Guangpo, Benhao, Li'an and Mengdi, more than 100 tents have been set up to house residents.

All basic needs are being met.

Hu Bisheng, Official of Lingshui County said, "They are now living here together. We have provided food for them."

Nearly 50 thousand tons of rice have been supplied by the Lingshui authorities.

Next news: Hainan’s world class hospitality infrastructure, to propel it to a luxury spot