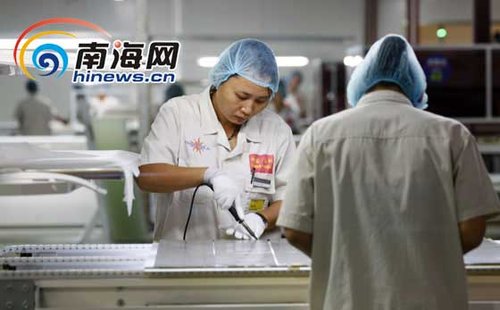 Liansheng Miao, Chairman and CEO of Yingli Green Energy, said he expects the new lines to be operating at full capacity by the end of 2Q10, which will bring the company’s total capacity to more than 1 gigawatt (GW) per year.

Suniva, Inc. has expanded its manufacturing capacity to 170 MW from 96 MW by adding a third cell line at its metro-Atlanta plant.

Suniva completed its first 32 MW manufacturing line in November 2008 and simultaneously announced an additional 64 MW line that was completed in 2009.

The company said its cell production is sold out through 2010.

www.sustainablebusiness.com
Editorial Message
This site contains materials from other clearly stated media sources for the purpose of discussion stimulation and content enrichment among our members only.
whatsonsanya.com does not necessarily endorse their views or the accuracy of their content. For copyright infringement issues please contact editor@whatsonsanya.com