Over 100,000 evacuated as new round of rainstorms batter Hainan 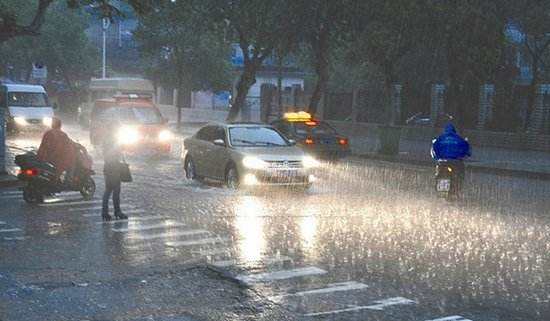 More than 100,000 people have been evacuated as a new round of torrential rains battered China's southernmost island province of Hainan, local authorities said Sunday.

Floods have inundated more than 200 villages in the cities of Haikou, Wenchang and Qionghai, said Sun Wei, deputy director of disaster relief and public services department with the provincial meteorological bureau.

Residents who have been displaced are living in government buildings and school classrooms, or at the homes of relatives and friends, Sun said.

From Friday to mid Sunday the province received 200 mm of rainfall, on average, and the rainfall in some places was even as high as 426 mm, he told reporters.

The new round of rainstorms added to the misery after floods plagued the province earlier this month.

Many local rivers are running with water levels now higher than their warning marks and over 70 percent of 1,100 reservoirs have safety concerns, said Wang Zhenxing, deputy director of the provincial flood control and drought relief office.

With the flood situation still worsening, Hainan will face further rainstorms with the approaching super typhoon Megi, the strongest typhoon this year, beginning next Friday.

Previous news: One household limited to purchase one property in Sanya