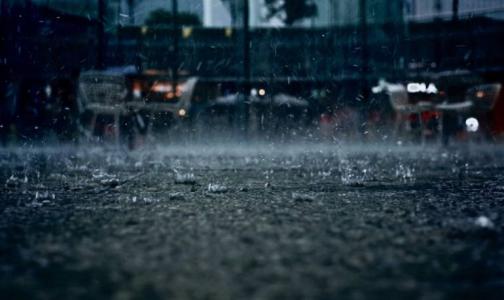 The sixth stage of the Tour of Hainan cycling event has been canceled due to heavy rain on Saturday after about 20km ride starting from Haikou, capital city of southern Hainan province.

One hundred and twenty-one riders, one less than those of the last stage as Astana's Alexandr Vinokurov withdrew without giving an explanation, started at 10 o'clock on Saturday morning as usual in rainstorms. The leading group held an edge of one minute and more over the chasing group when the race was halted after around 20km.

The panel of commissaires, who were complained by team managers of bad weather and low visibility during the process, decided to cancel the stage and not to count in the raced time.

"Due to the very bad weather conditions, heavy rain and partial flooded roads, the Organisation in agreement with the Panel of Commissaires has decided to cancel stage 6," Alexander Donike, Chief Commissaire of the event, read a statement released by the panel later on Saturday afternoon.

"For this reason, all classifications after stage 5 will remain the same for stage 7," added the German. "Also there will be no points awarded for any UCI-classification."

It is the first time that a continental road event has one of its stage canceled in the history of China's cycling, which also features the Tour of Qinghai Lake, the Tour of China besides the Tour of Hainan.

The sixth stage, initially planned for 160.8km from Haikou to Chengmai, has never before met a challenge like this as the former four editions of the Tour of Hainan were all slated in November, which marks the beginning of the island's dry season.

"We've communicated with the organizing committee as well as with the team officials before it started, and they all agreed to race," said Donike.

"But after a 20km ride, some reported to the commissaires that the roads were flooded too deeply, the sky was too dark and it was dangerous to continue as the riders could barely see the circumstances," he said.

The seventh stage, however, is guaranteed to be held as it was planned, for now. It's a 172.8km ride from Chengmai to Zhanzhou, both counties having been forecasted to rain heavily on Sunday.

Before the cancelation of the sixth stage, the Tour of Hainan, consisted with nine stages on Oct. 11-19, had made modifications to the fourth and fifth stage to bypass the flood-ravaged Wenchang city.

The downpours, starting on Sept. 30 and rated as the heaviest torrential rains in Hainan since 1961, have left more than 210,000 people evacuated after about 1,160 villages were submerged by floodwaters and caused 1.13 billion yuan in economic losses.

SOURCE: Xinhua Net
Editorial Message
This site contains materials from other clearly stated media sources for the purpose of discussion stimulation and content enrichment among our members only.
whatsonsanya.com does not necessarily endorse their views or the accuracy of their content. For copyright infringement issues please contact editor@whatsonsanya.com