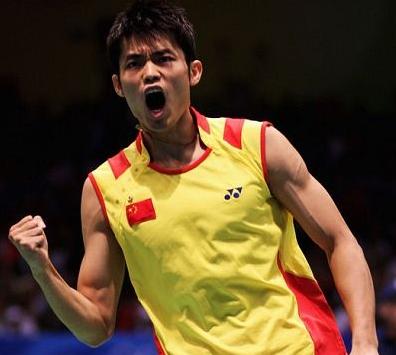 Olympic gold-medallist Lin Dan returns to the court after an eight-month break this week as he spearheads China’s drive for a clean-sweep of titles at the Badminton Asia Championships in Taipei.

Lin, arguably the sport’s greatest player, has not hit a shuttlecock in anger since last year’s Olympic final, apart from playing — and losing — a farewell exhibition match against retiring Danish great Peter Gade in December.

Last August, Lin ripped off his shirt and raced around the London venue in celebration, weeping and saluting the crowd, after he defeated his arch-rival Lee Chong Wei to become the first double men’s singles Olympic champion.

The tattooed 29-year-old has since kept a low profile, although he donned military uniform to marry long-term sweetheart and former world champion Xie Xingfang at a decked-out Beijing university gymnasium in September.

Now attention will focus on the form of the People’s Liberation Army officer and whether China can repeat their feats of London, when they took all five titles despite losing their top women’s doubles pair in a cheating scandal.

China arrive with a brimming coterie of stars including women’s Olympic champion Li Xuerui, and Zhao Yunlei and Zhang Nan, the boyfriend-girlfriend partnership who won the mixed doubles gold medal in London.

China’s formidable line-up also features women’s doubles pair Wang Xiaoli and Yang Yu, who were among eight players disqualified from the Olympics for trying to lose group matches, in a bid to win a favourable quarterfinal draw.

However, representation from other countries is patchy. With Malaysia’s Lee, the world number one, sitting out the event, Taiwanese fans will miss the chance to see a rematch of the Olympic final.

India’s women’s world number two Saina Nehwal is another high-profile player giving the tournament a miss, further shortening the odds of a Chinese sweep of the five categories.

SOURCE: timesofindia.indiatimes.com
Editorial Message
This site contains materials from other clearly stated media sources for the purpose of discussion stimulation and content enrichment among our members only.
whatsonsanya.com does not necessarily endorse their views or the accuracy of their content. For copyright infringement issues please contact editor@whatsonsanya.com