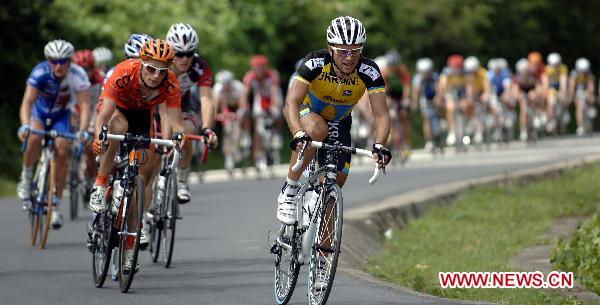 Cyclists compete during the second stage of the Hainan Expressway Ruihai Cup 2010 Tour of Hainan in Sanya, south China’s Hainan Province, Oct. 12, 2010.
The United States’ Charles Huff saved the best for the last and beat a handful group of early leaders with the last 5km ride to win the 146.4km third stage from Wuzhishan to Xinglong of the fifth Tour of Hainan on Wednesday.

Next news: Man survives flood after spending 20hrs on snake-infested tree in Qionghai