HomeNews & Social MediaHainan NewsOver 440,000 evacuated in Hainan after the heaviest rains for decades

Over 440,000 evacuated in Hainan after the heaviest rains for decades 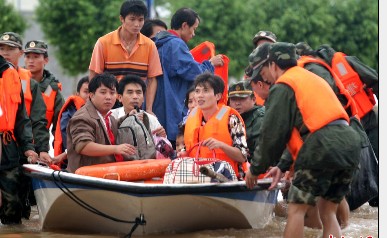 The floods have affected 2.7 million people in 16 cities and forced schools to close, he said.

More than 3,000 houses have been destroyed by flooding and damage has been done to 1,300 roads, over 40 reservoirs and nearly 170,000 hectares of crops, the report said, citing the provincial civil affairs department.

According to the Hainan meteorological bureau, more rains are forecast to hammer the island on Wednesday and may hamper the relief effort, Mr Luo added.

The torrential rains have been falling for more than a week and are the worst on the island off China’s southeastern coast since 1961.

SOURCE: straitstimes.com
Editorial Message
This site contains materials from other clearly stated media sources for the purpose of discussion stimulation and content enrichment among our members only.
whatsonsanya.com does not necessarily endorse their views or the accuracy of their content. For copyright infringement issues please contact editor@whatsonsanya.com