World Poker Tour to be held in Sanya, China for first time 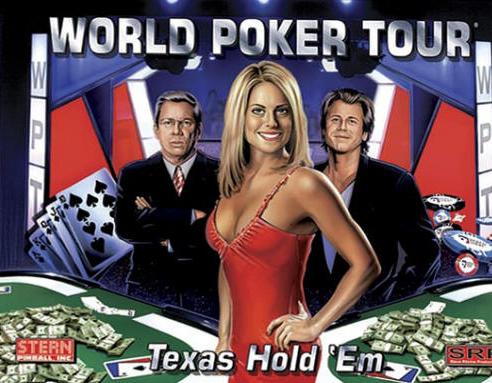 The World Poker Tour announced a new event in China in cooperation with WPT’s China partner Beijing Ourgame Ltd. on Wednesday, and it is the first time the long-running tournament series is headed to Asia. The tournament will be hosted at the MGM Grand Sanya Resort on the tropical beaches of Sanya, Hainan Island, located in the China Yalong Bay National Resort District. It is also close to Hong Kong and Macau, China’s version of Las Vegas.

The tournament is part of the WPT National series of events and the tournament will run from December 14-17. The four-day $1,500 No Limit Hold’em tournament will be capped at 500 entries and will be run by WPT Executive Tour Director Matt Savage.

In addition to China the WPT National tour is also headed to Vienna, Austria (October 13-16); Nova Gorica, Slovenia (October 18-22); Barcelona, Spain (October 25-29); and Gruissan, France (November 1-4) before the end of the year.

"WPT National China Tournament Sanya demonstrates the exploding popularity of WPT National and Regional events, which provide players around the world with the opportunity to compete in affordable, world-class poker tournaments,” said WPT CEO Steve Heller. “We are very excited about the potential of this tournament as there are thousands of players in China who aren’t able to play in large tournaments such as this without having to deal with the expense and hassle of traveling out of the country. WPT National China Tournament Sanya is filling a void in the Chinese poker community, and we hope this will be the first of many similar events World Poker Tour will hold in China in coming seasons,” Heller added.

"We are very excited to hold the first WPT sanctioned tournament in China,” said Beijing Ourgame Ltd. CEO Frank Ng. “As the largest online play money card and board game platform in China with 300 million registered users, we are the leader of Texas Hold’em in China. In holding this tournament, we want to introduce best-of-the-world tournament play into China and, together with WPT, we shall make this happen. Texas Hold’em is blooming in China and a total of more than 60,000 Chinese players will be competing in this tournament for the 500 final-round seats. The level of competition, the size of the prize pool, and the excitement the tournament will generate will be unprecedented. This will be a watershed event in China poker history and, hopefully, the first of many events to come.”

Previous news: Unauthorised 13-storey block of flats torn down in Sanya within hours

Next news: Hainan expected to become a world-class tourist destination by 2021