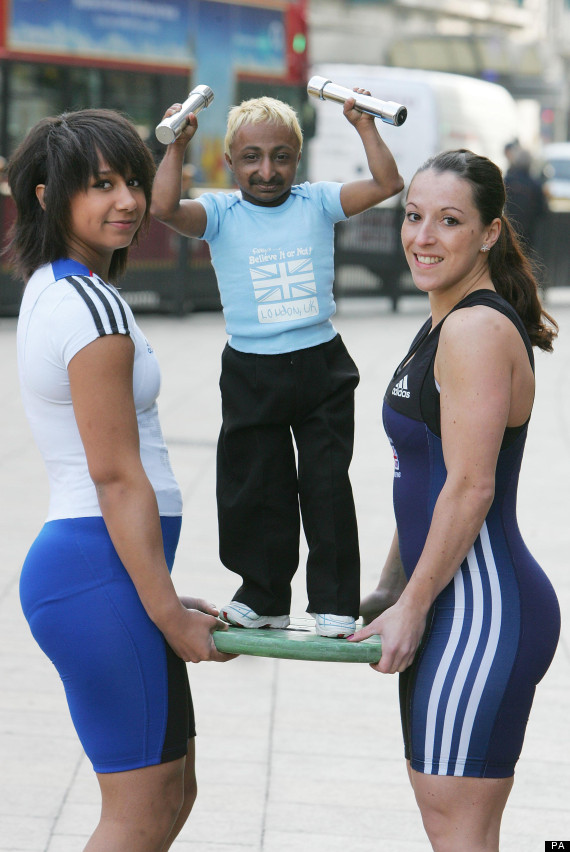 Romeo, the World’s Smallest Bodybuilder, sadly died this morning at 4am GMT (9.30am India) at an Indian hospital in Punjab
The world’s smallest bodybuilder has died at the age of 23.

Aditya “Romeo” Dev made it into the Guinness Book of Records in 2008 thanks to his diminutive size.

He had been rushed to Satyam Hospital, in Jalandhar, Punjab, after collapsing at home and falling unconscious.

His father Anil Dev Sharma, 53, said: "He was absolutely fine until last night when he suddenly fell unconscious. We rushed him to the hospital and he fell into a coma, he was unconscious all night. Doctors said the nerve supplying blood to his brain had ruptured, causing his death.

"It’s a huge loss for our family, we will be grieving his death till for the rest of our life. We were told by doctors many years ago that he may die at an early age. All these years we prayed for his long life."

Doctor Neeraj Chandan, one of the doctors who treated Romeo, said: "He was brought to the hospital in an unconscious state. It was due to massive bleeding which had caused brain damage or aneurism bleeding. There were very rare chances of him surviving."

In 2008, Romeo visited a US specialist where he was diagnosed with a cerebral aneurism on his brain, a cerebrovascular disorder in which weakness in the wall of a cerebral artery or vein causes a localised dilation or ballooning of the blood vessel.

He was also diagnosed Moyamoya syndrome, which is is a disease where certain arteries in the brain are constricted. Blood flow is blocked by the constriction causing blood clots.

Doctors warned Romeo’s aneurism could burst without warning at any time, leading to a fatal stroke.

Romeo’s best friend, Maninder Singh, 19, used exercise with him. He said: "His death was a shocking moment, I just can’t believe he’s died. We never thought this day would come so soon. His small bat, his bikes and his bedroom at his home are only memories of him now."

Romeo will be cremated in a traditional Hindu ceremony at 5pm India time today in Phagwara, Punjab.

Romeo was born a primordial dwarf, a form of dwarfism that results in a smaller body size in all stages of life beginning from before birth with only 100 sufferers in the world.