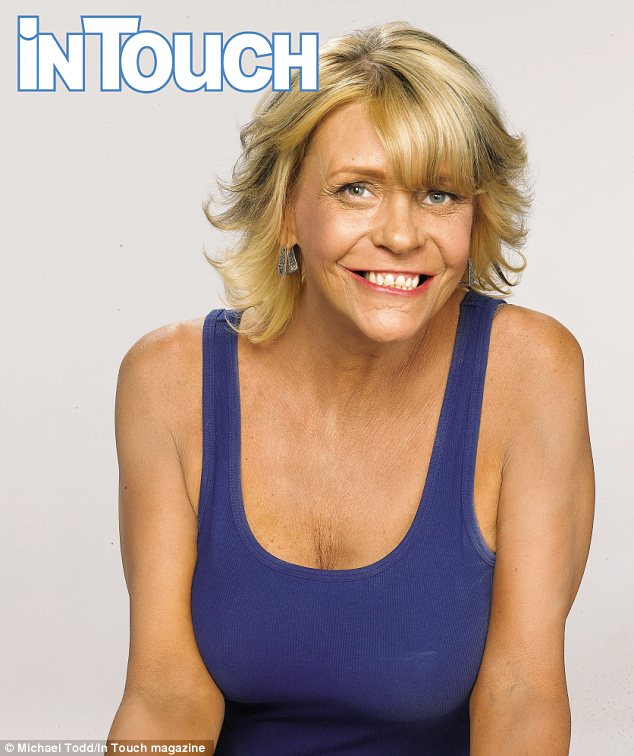 New look: After an entire month abstaining from sunbeds, the New Jersey mother-of-five shows off her fairer self in an In Touch magazine shoot on July 19 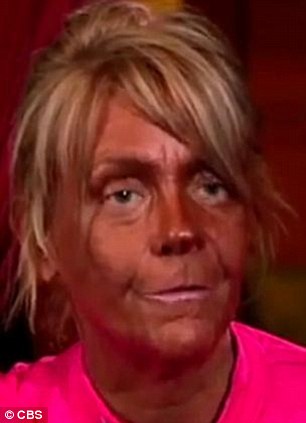 Before: The bronzed mother was the target of public ridicule, and was even branded ‘tanorexic’
Better known as Tanning Mom, Patricia Krentcil and her ultra-bronzed skin tone made headlines around the globe following accusations that she had taken her six-year-old daughter into a tanning booth with her.

Now, after a month abstaining from her sunbed habit, the New Jersey mother-of-five has revealed a faired new look in the new issue of In Touch.

Although the 44-year-old says everyone thinks her less tan look is an improvement, the stay-at-home mother said: ‘I feel weird and pale.’

In Touch asked Mrs Krentcil to forgo sunbeds for one month before the photo shoot, however the still relatively brown-hued mother admits she couldn’t go cold turkey – she still used a self-tanner.

She admitted: ‘I’ve had moments where I’ve felt like, "I need to be tan." And I did all the spray tans and lotions and creams, too – anything to get dark.

‘Once a doctor told me to stop tanning. But I didn’t listen to him. I wanted to be dark.

She proudly claims she was ‘born to be tan,’ but even so, she says for now, she ‘done’.

‘I might squeeze one in here or there,’ she adds.

Given that Mrs Krentcil’s tanning habit is so long-standing, it comes as little surprise that she might find it hard to break.

School yearbook photos show her looking somewhat bronzed, even as a teen.

But it has taken its toll. A series of monochrome modelling photographs of Mrs Krentcil in her twenties, serve as evidence of how excessive tanning has affected her skin over the past two decades.

Once fresh-faced, the images make for a stark contrast with her complexion now, which is marked by fine lines.

The youngster told a school nurse that she had ‘gone tanning with Mommy’, prompting accusations that her mother had let her enter a tanning booth with her.

Mrs Krentcil, who quickly became the subject of public ridicule, and was branded ‘tanorexic’, insists that Anna got her sunburn from playing in the yard and that she has not broken the law.

She told In Touch: ‘I would never. She comes into the room with me, but not the booth. She plays with her Barbie dolls while I tan.’

The same cannot be said for her other children, though.

Mr Krentcil, a 47-year-old trader, stood up for his wife in spite of the fact that neighbours said she went tanning while pregnant with Anna.

‘They’re making her out to be a monster,’ he told The New York Daily News earlier this year. ‘She just likes it. She’s not a crazy maniac where she has to tan every day.’

Mrs Krentcil believes the whole story was blown out of proportion and that she is ready to move on.

She said: ‘The whole thing will be dropped soon. They can’t find one person to say Anna was in there.’

And, she added, ‘I am sick of talking about tanning!’

Next news: Sinopec signs with Wasabi Energy for Kalina technology at Hainan plant