Aisleyne Horgan-Wallace pops her boobs out during workouts 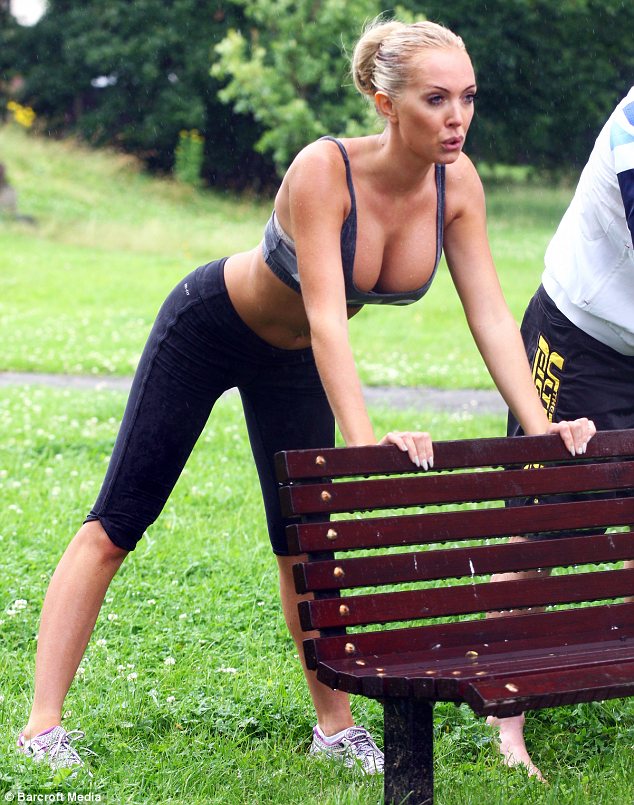 Up front: Aisleyne Horgan-Wallace showed off her figure in a tiny cropped top and a pair of workout trousers as she enjoyed a workout session in a park in North London 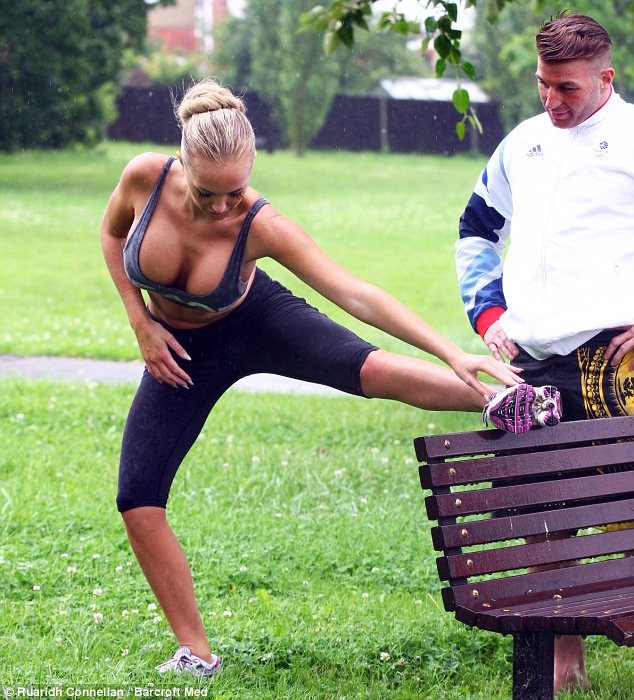 Keeping abreast of current fitness developments: The 33-year-old practically fell out of her top as she stretched 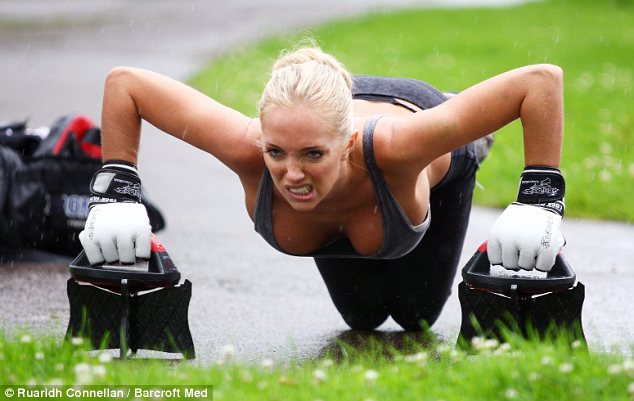 Giving it a grimace: Aisleyne was seen doing attempting press-ups and her focus was clear from her face
She’s paid for her curves so who can blame Aisleyne Horgan-Wallace for wanting to show them off at every opportunity.

The former Big Brother star squeezed herself into a tiny cropped top for a workout session in a park in North London.

The 33-year-old’s chest poured out of the minimal outfit, which offered no support to her shape.

Aisleyne teamed the bra with a pair of workout trousers and a full face of make-up for the session.

The reality star was put through her paces by My Big Fat Gypsy Wedding’s Tony Giles who seemed to appreciate her minimal approach to workout wear.

What Tone’s fiancée Danielle Mason will make the of the session is anyone’s guess.

Aisleyne didn’t let her flimsy outfit stop her from workout out hard and she was seen performing squats, push ups and a bit of boxing.

While her chest was out on display her knickers were also on display, or rather a thong was seen poking out of the top of her trousers.

Despite her ridiculous outfit Aisleyne certainly put plenty of effort into her workout and was seen gritting her teeth during a gruelling set of push ups.

While Tony appeared to be encouraging the blonde on he was also seen staring at her chest as she jumped up and down.

The pair didn’t appear to mind the wet weather and carried on training even when the rain got a little heavier.

Tony was dressed in a Great Britain top and a pair or baggy shorts along with a pair of flip flops.

It wasn’t just cardio and strength work the pair were focusing on at one point Aisleyne and Tony were seen performing a stretch behind a park bench.