From model to bodybuilder, Emma B reveals bullying she faced 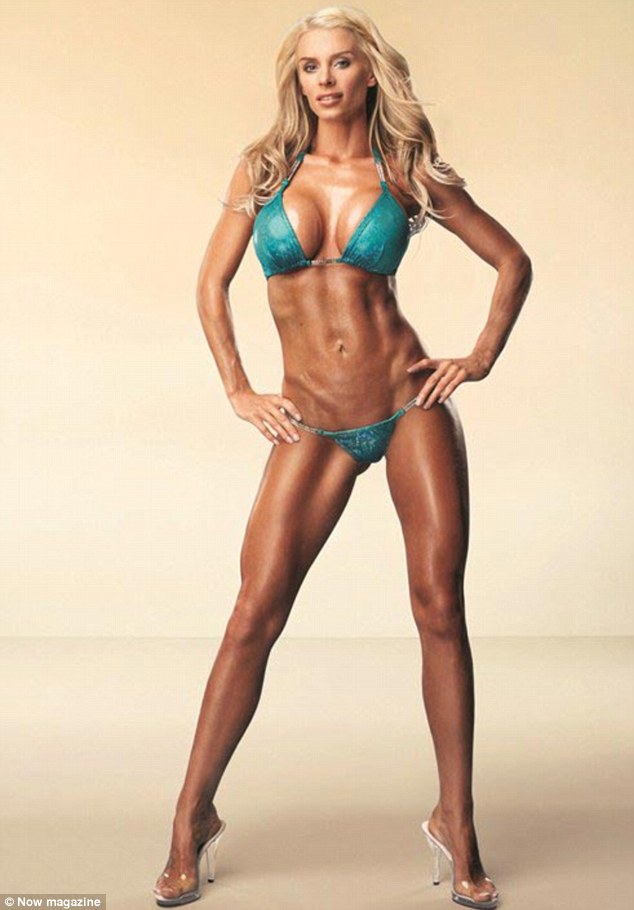 Defending her new shape: Despite bullying since her transformation, Emma B tells Now magazine that she is happy with her new bodybuilding physique
She’s an ex fashion model who recently won first place in the bikini category of a body building competition.

Yet Emma B admits that she’s suffered bullying about her appearance.

Posing in a new swimwear shoot, the 33-year-old revealed: ‘It really hurt and I cried and for hours’.

Talking to Now magazine she said: ‘People said I looked old and like a drag queen. It’s not for everyone, but I’m not emaciated.’

‘We just wear the tan and the make-up for the shows, but it’s not a look you’d wear to Tesco or walking down the street.’

She explained her motivation to make a change, continuing: ‘I wanted to lose the 4st I put on during pregnancy. I was 9st 2lb before and I’m 5ft 9in.’

‘So I began training for a half-marathon and someone in my gym mentioned these competitions, which are massive in the US and Europe.’ 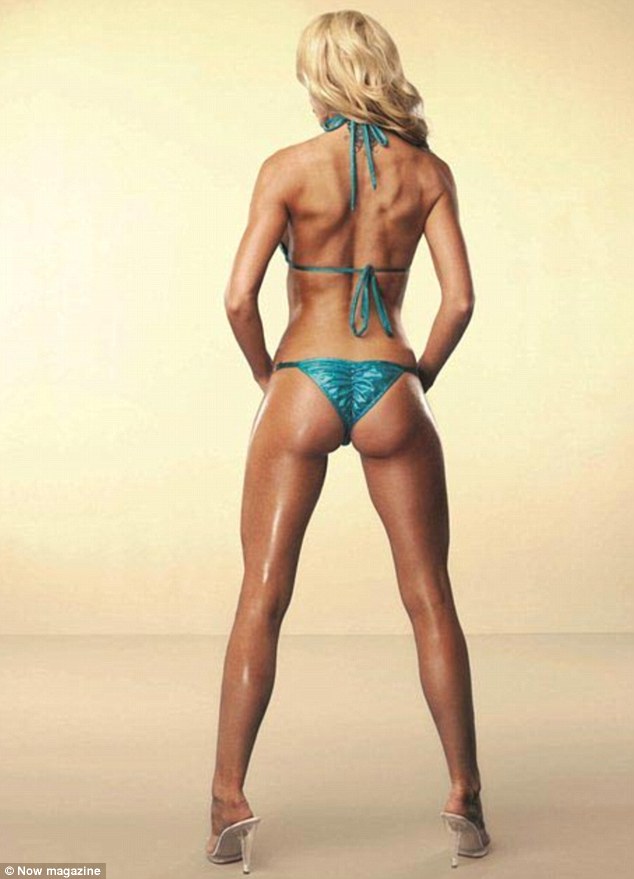 Not so extreme? Emma insists ‘I¿m a bikini competitor, which is more about being toned and fit than building muscle’
Emma insists that she is satisfied with the results, and added: ‘I love the body I’ve created.’

The only regret she has regarding her shape is unrelated to her recent transformation.

She confessed: ‘I don’t like my boobs. I think that getting them done at 22 was a mistake.’ 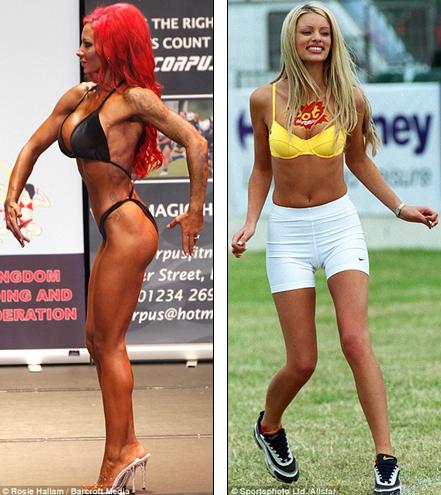 Transformation: Emma’s change from her ‘normal’ model body (right) to honed muscle woman has been compared to that of Jodie Marsh (left)

Read the full interview with Emma in Now magazine
‘If I could give any advice to young girls it’d be: ‘Don’t get a boob job’. One day you’ll be 32 then 42. I don’t want to be a 50-year-old woman with massive tits!’

Touching on comparisons between herself and fellow model-turned bodybuilder Jodie Marsh, Emma said: ‘I know Jodie and what she’s achieved is amazing.’

‘But I’m a bikini competitor, which is more about being toned and fit than building muscle. I’d never have the discipline to do what she’s done and that look isn’t for me.’

Emma nevertheless turned heads when she wore a tiny red two-piece as she primped and posed during the bikini category at the UKBFF MuscleTalk Championships.

The mother-of-one asserted that she wanted to prove to herself that she could take on a challenge such as bodybuilding and succeed.

She said: ‘I want to prove that women aged 30+ with children can still be fit, in-shape and sexy!’

And it appears she’s not short of ambition, as she tweeted: ‘Thank u British championships in October to qualify for world championships then I think u can do the Arnold’s in Ohio!’

Read the full interview with Emma in Now magazine.

Previous news: Telefonica leads out into open water as VOR fleet set out on final leg to Galway