HomeSports & RecreationOutdoor & Indoor SportsUK girl Daisy Ogston, 2, born with half skull could die if she cries

UK girl Daisy Ogston, 2, born with half skull could die if she cries

Daisy Ogston is one of just 130 people around the world to suffer from Adams-Oliver Syndrome, a rare congenital disorder affecting the scalp and cranium.

A 7cm by 6cm section of her skull is missing, so the only things protecting Daisy’s brain are the fluid around it and a thin layer of skin. 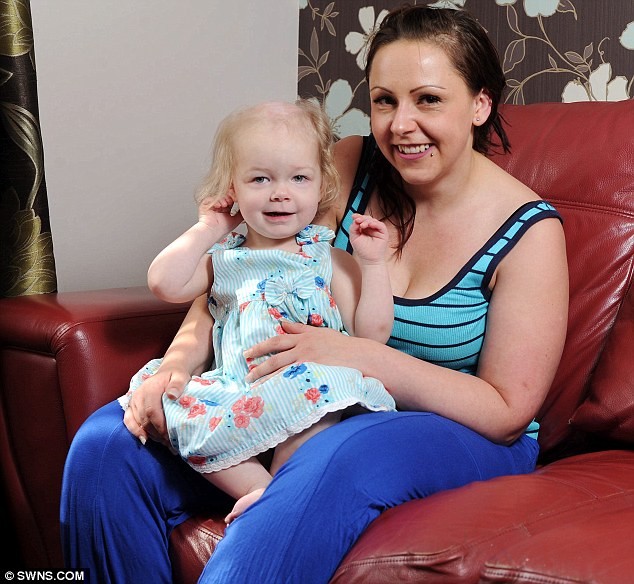 Delicate: Daisy Ogston, pictured with her mother Kerry at home in Norwich, was born with half her skull missing and could die if she bursts into tears
Doctors have warned Daisy’s parents Kerry Ogston, 32, and Mark Jenner, 34, to try and prevent her getting upset at all costs because crying causes increased pressure on the brain and she has less protection to cope with it.

And vigorous crying causes the vital cerebral fluid to drain into the open skull, exposing her brain to infection.

The last time Daisy burst into tears, as a baby in 2010, she was so unwell she spent three months in Great Ormond Street Hospital in London receiving specialist treatment.

Mrs Ogston, from Norwich, Norfolk, today said that despite her daughter’s incredibly rare condition she is determined Daisy will enjoy a ‘normal’ life.

She said: ‘We have had to find ways to calm her down before she starts to cry.

‘We have to watch her all the time and when you have a baby as fragile as Daisy it’s easy to never want to let her do anything, but that’s no way for her to live.

‘It’s difficult because it’s not safe for her to play with other children, they could knock her or upset her by accident and it could be disastrous.

‘She has a helmet which she wears to protect her head from bumps but she can’t wear it for too long because it causes her to sweat and the skin on the top of her head is still so fragile it will just flake off.

‘It means there is nowhere in the house that is safe for her to play because everywhere has door handles or corners that could hurt her.’ 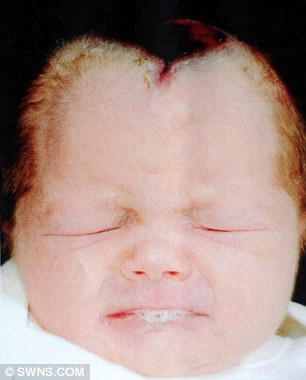 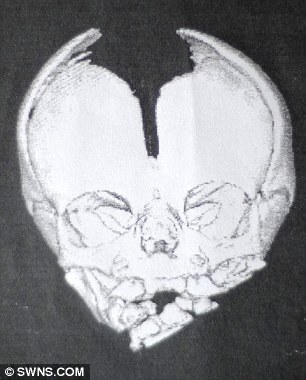 Scan: A photo and X-ray of Daisy’s skull shortly after she was born at Norfolk University Hospital in 2010. Both show the 15cm by 15cm hole in her head 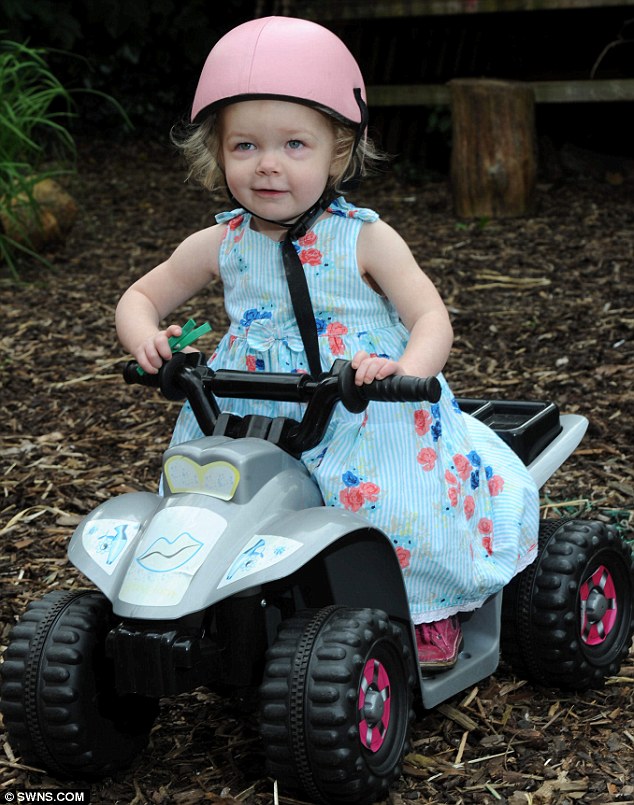 Daisy is one of just 130 people around the world to suffer from Adams-Oliver Syndrome, a rare congenital disorder affecting the scalp and cranium. She regularly wears a helmet to protect her head
Doctors, baffled by the rare condition, believe her only hope of a normal life is pioneering surgery, previously performed only a hand full of times.

But Daisy must wait until she is 13 before her skull will be strong enough for surgeons to operate on.

It means her parents face 11 years of keeping their daughter constantly happy so she never feels the need to cry, and safe from falls and tumbles.

Luckily, Daisy is a happy and lively child, who receives so much attention she rarely gets upset.

Mrs Ogston said: ‘The surgery will be great when it happens but it’s a long wait and the surgeon we are dealing with hasn’t actually carried out the procedure before.

‘He will open up her skull and cut out a piece the same size and shape as the hole, split it open like a sandwich, and use one half to put back where it was and the second to fill the original hole.

‘I just hope he has a chance to do it once before it’s Daisy’s turn.’

Daisy was born at Norfolk University Hospital in 2010 with a 15cm by 15cm hole in her head, deformed hands and feet and a heart defect, despite a ‘totally normal pregnancy’.

Adams-Oliver Syndrome can often be spotted in the womb, but Daisy was not diagnosed until the day after she was born. 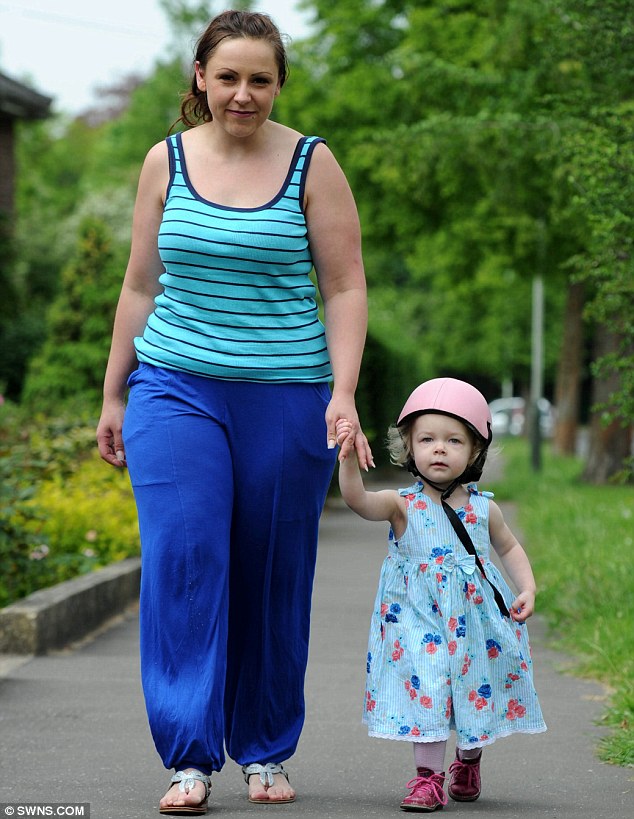 Doctors, baffled by the rare condition, believe Daisy’s only hope of a normal life is pioneering surgery, previously performed only a hand full of times. Unfortunately, she will have to wait until she is 13 before the procedure can be carried out
Her fragile skull has partially healed, with the hole halving in size, but doctors did not expect it to grow any further and will leave a permanent gap.

As well as crying, the tiniest knock or bump could give the toddler a massive brain haemorrhage, killing her outright, or leaving her with severe brain damage.

She wears a protective helmet as often as possible, but the sweat on her head risks eroding the skin covering the hole in her skull.

Mrs Ogston, who cares for Daisy full time and Mr Jenner, a floor layer, plan to protect their daughter by building a special ‘soft room’ at their Norwich home.

But staggeringly, the family have been denied funding from their local council’s disability facility grant, because the occupational therapist sent to assess them believed the youngster was not disabled enough.

Mrs Ogston is now desperately trying to raise £15,000 to provide the protective environment which will allow her daughter to have as much independence as possible growing up.

She said: ‘Like any normal two-year-old she’s into everything, she can already take her helmet off by herself if she decides she has had enough of it.

‘To have a soft-padded room would change our lives. It would give her independence and would help her development and her health which would keep her happy.’