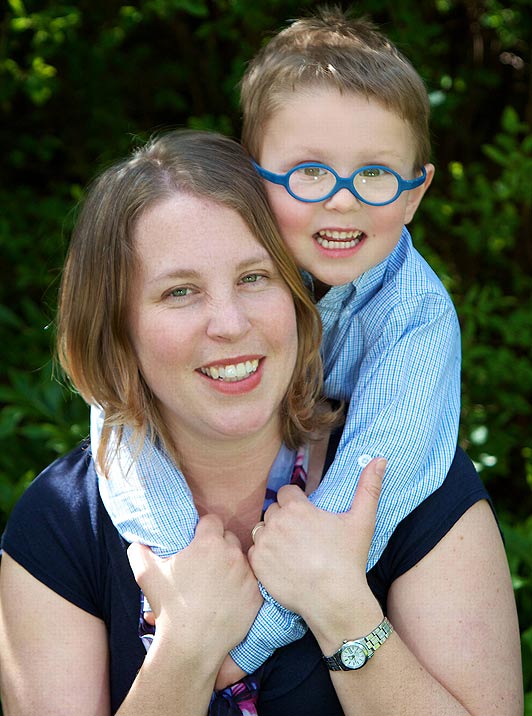 My little fighter … proud mum Lisa with survivor Ernie
A BOY of four has been given the all-clear after beating 100 tumours in his eyes.
Brave Ernie Brown has been hailed a miracle after surviving years of intensive laser treatment and chemotherapy.

Now that his sight has been saved, the youngster says he wants to be a train driver when he grows up.

Ernie was diagnosed with retinoblastomas — cancers mainly affecting children under five — when he was just three months old.

Mum Lisa, 37, of Saffron Walden, Essex, had taken him to see the doctor because he could not focus on her when she held him close.

During treatment, scans showed more cancers and by the age of nine months Ernie had beaten 13.

More appeared just before his second birthday, so medics sewed a radioactive plaque on to an eye to zap tumours directly.

With careful targeting, doctors at Cambridge’s Addenbrooke’s Hospital managed to retain his sight.

Nurse Lisa, who lives with paramedic husband Andy, 40, and other son Stanley, seven, said: “The doctors caught all the tumours early enough, so luckily they could treat them.

"He’s only four years old, yet he has beaten cancer so many times already. It’s a miracle. He’s a little fighter.”