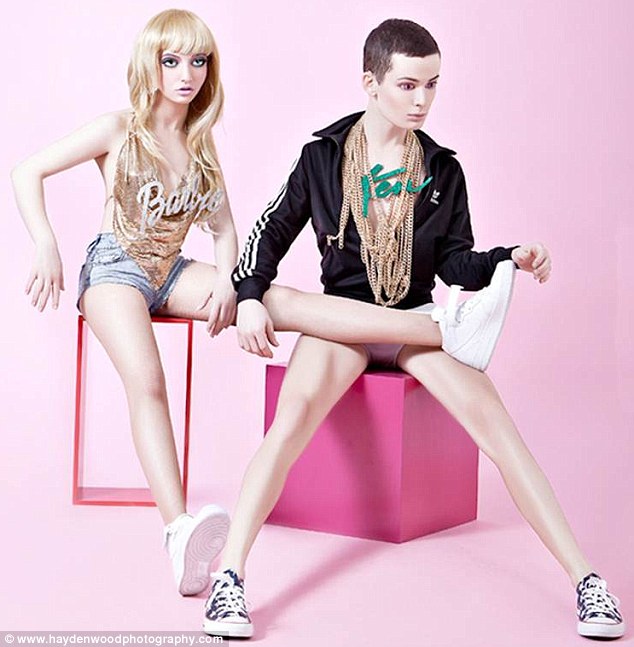 With stiff limbs and gormless expressions they could be mistaken for Barbie dolls.

But the female and male in these pictures aren’t plastic Mattel figures but real-life models.

Vancouver-based photographer Hayden Wood used some Photoshop wizardry to transform the duo into versions of Barbie and Ken.

Both Meagan Therese Squire and James Webb have had their eyes enlarged and limbs slimmed down, to give them seemingly inhuman proportions.

The ‘Barbie and Ken’ shoot was the brainchild of creative Ms Squire who specialises in fashion and design.

She was initially inspired by the cover art of Nicki Minaj’s latest album ‘Pink Friday’, which features the 29-year-old singer dressed head-to-toe in candyfloss hues.

In a bid to get the desired effect she contacted Mr Wood, who is an experienced photographer and retoucher.

He told the The Huffington Post: ‘Meagan contacted me to ask if I’d be interested in shooting this creative piece with her. [Her] idea was inspired by the cover art of Nicki Minaj’s album ‘Pink Friday.’ 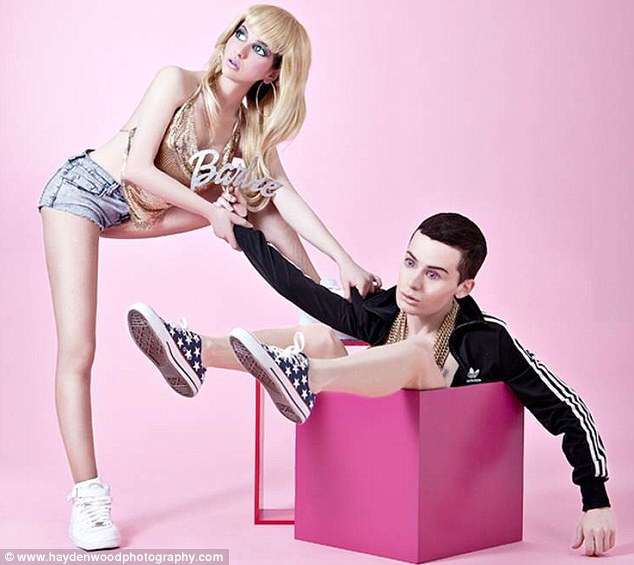 Not real: Photographer Hayden Wood used Photoshop to give both models doll-like proportions
Before launching his own company Wood spent six years working as a creative retoucher and graphic artist for advertising company Ogilvy in New Zealand.

He says: ‘I began playing with photography as a young fella after my parent gave me my first point and shoot.’

After spending two years in the New Zealand army Wood describes that he rediscovered his passion for photography and started making use of the new technology available.

‘By 2002 I was enhancing my images with Photoshop, which today still amazes me the endless creative freedom it allows the artist.’

The images follow on from the ‘living-doll’ trend which is swept the internet in recent months, whereby women alter their appearance to emulate plastic dolls. 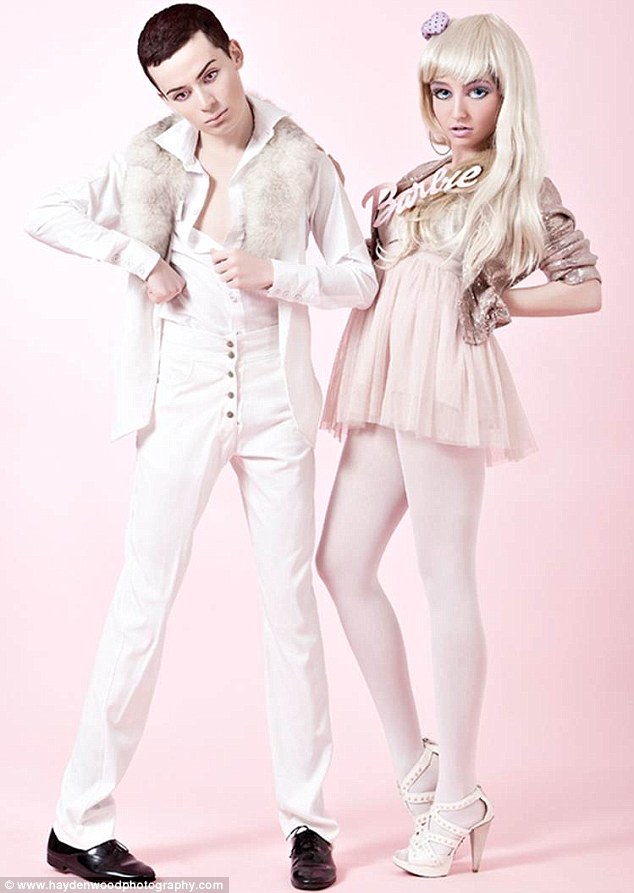 ‘By 2002 I was enhancing my images with Photoshop, which today still amazes me the endless creative freedom it allows the artist,’ says photographer Wood
SOURCE: Daily Mail
Editorial Message
This site contains materials from other clearly stated media sources for the purpose of discussion stimulation and content enrichment among our members only.
whatsonsanya.com does not necessarily endorse their views or the accuracy of their content. For copyright infringement issues please contact editor@whatsonsanya.com

Next news: Star-rated hotels double over past decade in Hainan, 48% in Sanya