Updated: 2012-05-05 00:00:00
She’s previously courted controversy by teaching her daughters to pole dance, giving them vouchers to spend on plastic surgery and throwing them Botox parties.

Now Sarah Burge, dubbed the ‘Human Barbie’ because of her obsession with plastic surgery, has revealed she will spend thousands to take her daughter, Poppy, eight, to the U.S. to compete in their infamous child beauty pageants.

Sarah believes her little girl can give stars of the show Toddlers & Tiaras a run for their money. The show has sparked outrage for its sexualisation of young girls, particularly after featuring a little girl, Eden Wood, whose mum dressed her up as Julia Robert’s prostitute character from Pretty Woman for a beauty pageant. 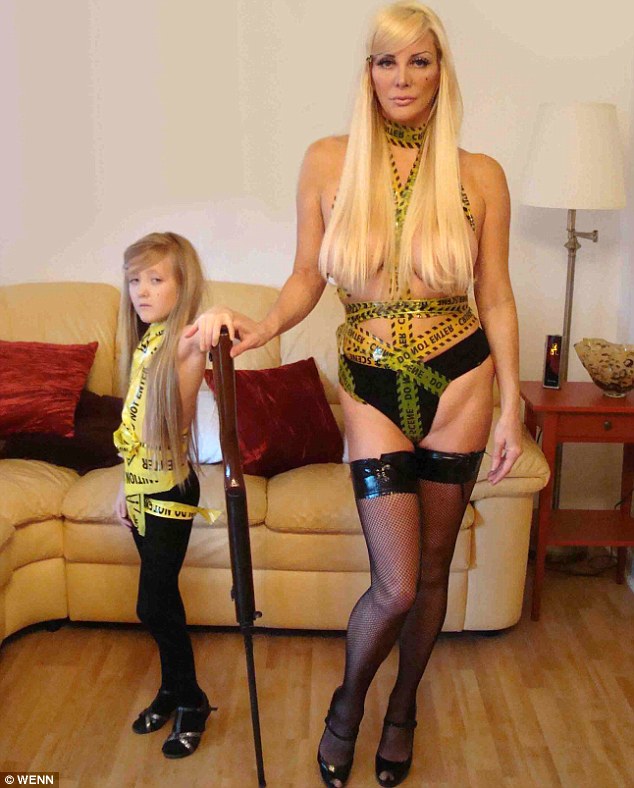 Coming to a America: Human Barbie Sarah Burge, pictured with daughter Poppy, in a pose that will shock many

No competition: Sarah thinks daughter Poppy will take the pageant scene by storm
While dressing up little girls in such a way will be shocking to most parents, Sarah is already a dab hand at presenting her daughter to look beyond her years. She actively encourages her daughter to dress up and join her in provocative poses that Eden Wood’s mother may even find distasteful.

In one shocking image they recently posed for, mother and daughter stand with their top halfs only covered in yellow crime scene tape. Sarah wears just knickers and stockings in the picture while her daughter is slightly more covered up on her bottom half in leggings.

In another provocative image, pouting mother and daughter dress up as Marilyn Monroe with Sarah posing behind her child with her dress billowing to expose her legs. 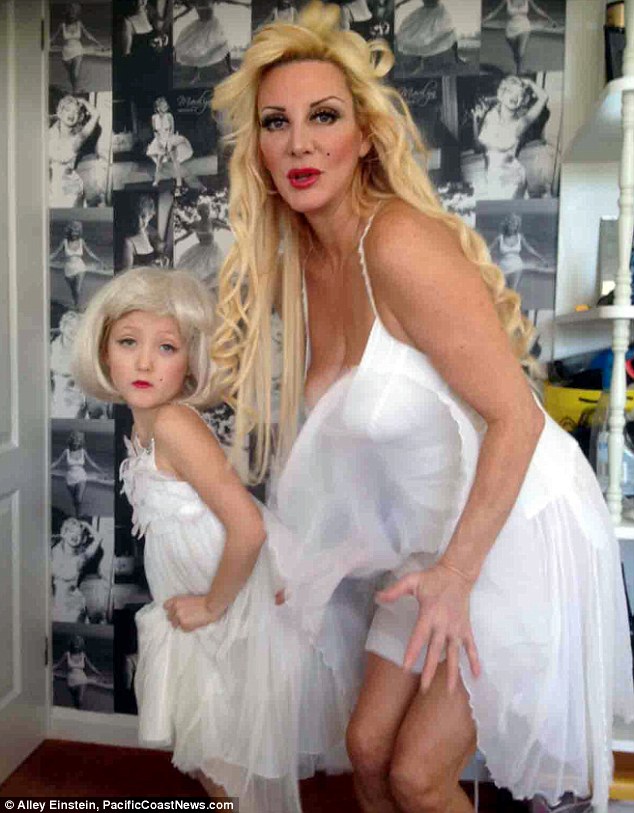 Marilyn moment: Sarah will not worry about Poppy having to wear make-up and short dresses for the beauty pageants since she already does so with her consent, as pictures like this prove
Poppy will enter her first US pageant during a series of under twelve events in Atlanta, Georgia, in May and Sarah believes she will outshine the competition.

‘Poppy will dominate the USA pageant circuit – the English Rose is always the best. Poppy is outgoing and outrageous and we will beat the American children. Poppy knows she will win. She is in training for the American events up to four hours a day before and after school,’ she said according to website socialitelife.com.

Wearing heels and make-up is all part of a U.S. beauty pageant and Poppy is no stranger to such treatment. Her mother, 51, threw her a ‘pageant party’ for her eight birthday where her and her friends were given spray tans, manicures and hair extensions. 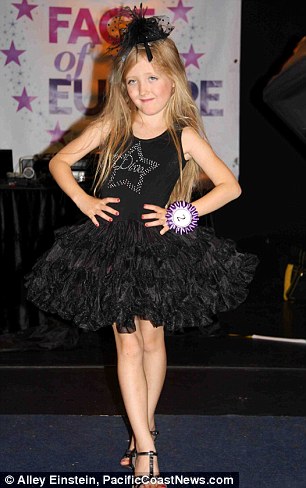 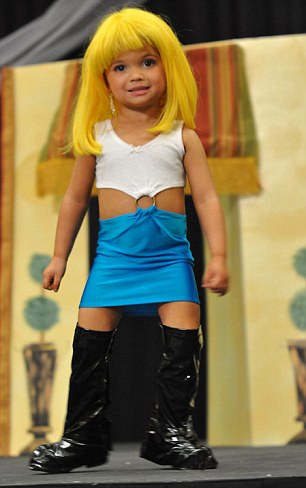 Poppy, left, has already taken part in beauty contests in the UK and will now go to the U.S. where tots like Eden Wood, right, compete in pageants. Eden’s mother once once dressed her up as Julia Roberts prostitute character from Pretty Woman, right, to take part
Sarah, who has spent more than £500,000 on her own surgical enhancements, is not against her daughter having surgery in the future and has already bought her vouchers worth £7,000 as a present in anticipation of the day her daughter wants ‘self-improvement’.

She has previously condoned her older daughters having Botox as teenagers and sees nothing wrong with them resorting to surgery to make themselves look prettier.

A message from Poppy on Sarah’s website shows she’s already an advocate of plastic surgery and is delighted at the age of eight she’s ‘going places’.

‘From pink limousines to my pink pamper party bus, I know how to do it in style,’ the message reads. ‘I’m the youngest girl in the world representing the youth of today on stage, screen and all print media for all things fun beautiful and girly.

‘I can talk on subjects of plastic surgery because when I grow up I want to be a plastic surgeon and have my own show and help people look better.’

Her mother, from Cambridgeshire, who may be set to receive a fresh barrage of criticism as she heads to the U.S., is used to defending her behaviour. She sees nothing wrong with encouraging her daughter to be a beauty queen, whatever it takes.

‘Poppy is a normal kid who is good at sports and loves playing outside. Girls don’t want Snow White and Cinderella any more. They want to be WAGs and famous like Cheryl Cole and Lady Gaga. I’m just supporting her and making her dreams come true.

‘Looks are a big part of how our futures pan out – there shouldn’t be a stigma around wanting to look good,’ she said. 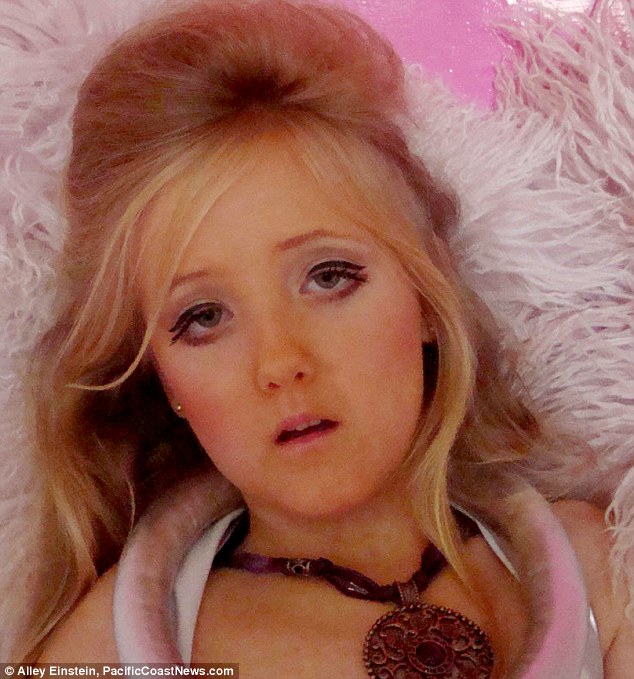 ‘Normal kid’: Sarah thinks her daughter is just like any other little girl who wants to be famous like Cheryl Cole