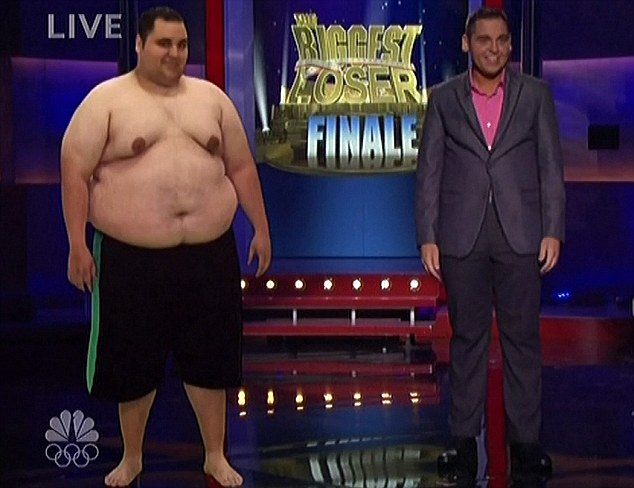 Half the man he used to me: Jeremy Britt has lost more than half his body weight to become this season’s Biggest Loser 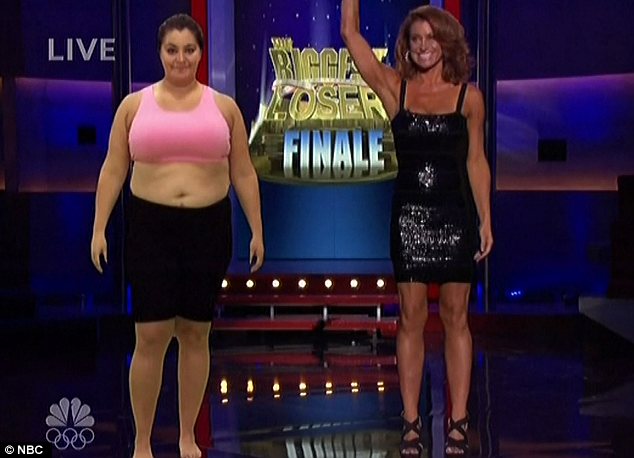 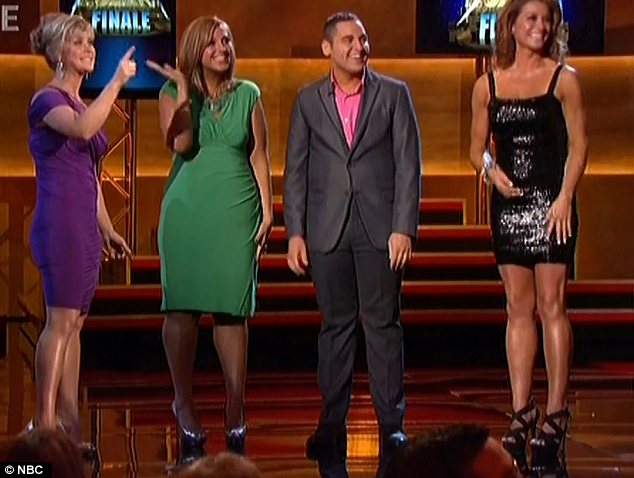 We’re all winners: The three finalists were beaming over what they had acheieved
Twenty contestants had started out on the journey – but only one could become the Biggest Loser.

And in the finale of the 13th season of the show, viewers saw 22-year-old Jeremy Britt take the title and the $250,000 prize after losing a whopping 199lbs – more than half his body weight – over the course of the show.

The banker from Michigan started out at 389lbs at the beginning of the series and lost 51.6 percent of his body weight to sculpt a trim 190lbs frame.

The percentage weight loss was the fifth best out of the all the winners of the show’s series.

He almost lost his chance at winning the grand prize when he was eliminated in week 14, but was brought back as part of a surprising twist.

‘It feels great,’ 22-year-old Jeremy said of his experience on the show, before he was announced as the winner. ‘I felt like I was supposed to be here… I fought for it.’

Before learning he had won the show Jeremy joined his sister Conda Britt and fellow finalist Kim Nielsen for the final weigh in.

Britt wasn’t the only winner of the evening – Mike Messina won the at-home prize after losing 160lbs which amounted to 44.69 percent of his body weight and for that feat he was presented with $100,000.

Mark Cornelison and Buddy Smith who had quit the show over the ‘twist’, were absent from the final, as was Joe Messina, who left to spend time with his family.

Previous news: Puma clings on to wafer-thin lead on VOR Leg 6 from Itajai to Miami

Next news: Local tourists spur tourism surge in Hainan during May Day holiday