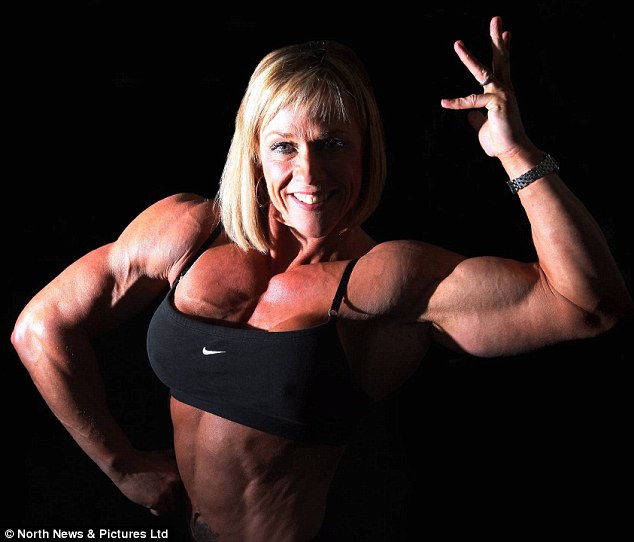 Sharon Madderson, ranked the fourth best female bodybuilder in the world, has her sights set on Miss Olympia 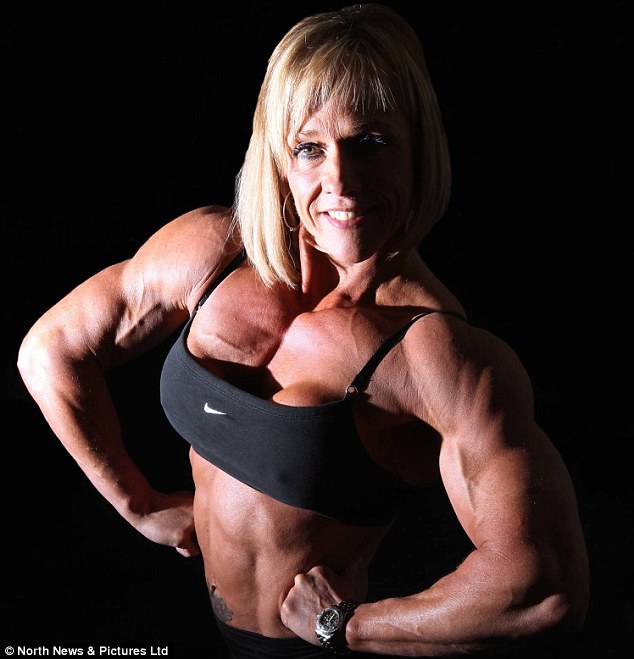 Before taking up bodybuilding Sharon said she paid little attention to her body
A grandmother who is currently ranked the fourth best female bodybuilder in the world, is putting herself through a grueling training regime in a bid to be crowned Miss Olympia.

Sharon Madderson, 46, from Cramlington in Northumberland took up the competitive sport 16 years ago after meeting her husband Graham at her local gym.

After scooping various international titles she now has her sights set on the prestigious event, which will take place in Las Vegas this September.

Sharon, a personal trainer, took up bodybuilding at the age of 30 and is currently juggling her day job so she can train twice a day.

She said: ‘I thoroughly enjoy the contest preparations before the show but on the day I can get very nervous.’

The mother-of-three and grandmother-of-two is on a strict calorie controlled diet of porridge, vegetables, chicken and fish so she can bulk up muscle.

She became the heavyweight physique British champion in 2006 and was the first ever British woman to compete in America’s Arnold Classic Contest, a four-day world cup event named after Hollywood star, and former Governor of California, Arnold Schwarzenegger.

Before taking up bodybuilding Sharon said she paid little attention to her body, but the strength of men she saw training in the gym inspired her, and she’s never looked back.

‘I never paid much attention to my body really, that’s just not like me, but I was inspired by the bodybuilders at the gym and I was truly amazed at what they could do with their bodies. I knew then that this was for me.

‘After a short while I began to notice and feel the difference my efforts were making to my body, this incredible feeling helped to motivated me further and I entered my first bodybuilding contest in 1999.’

To earn the chance of winning the title of Miss Olympia, she must first impress at the Chicago Pro Show, where husband Graham and their youngest daughter Mya, 10 will be on hand offering their support.

She added: ‘This is a massive event, around 2,500 people will be at the competition and it will be televised across America. I’m looking forward to it though.’