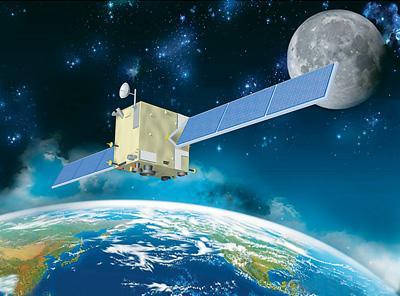 China's second unmanned lunar probe, Chang'e-2, entered the moon's orbit on Wednesday, according to the Beijing Aerospace Control Center.
According to the Xinhua, the spacecraft entered the 100 kilometres lunar orbit roughly in its 112th hour in space compared to the country's first unmanned probe 'Chang'e-1', which took 13 days to reach the orbit three years back.
"Chang'e-2, which is part of China's three-phase space program that aims to land an astronaut on the moon around 2020, will be manoeuvred into an orbit just 15 kilometres above the moon by the end of this month," Xie Jianfeng, Director of the center's orbit room, said.
Wu Weiren, chief designer of China's lunar orbiter project said that from that height, the satellite will be able to take high-quality photographs of the proposed landing sites for Chang'e-3 and future moon missions with a resolution of 1.5 meters.
Chang'e-2, which was launched from the Xichang Satellite Launch Center in China's Sichuan province on Friday evening, has reportedly sent an initial batch of data, totalling 1.6 gigabytes (GB) till Tuesday morning.
A spokesman for the lunar exploration program however claimed, that the mission cannot be declared a successful one until the probe relays back clear images of the Bay of Rainbows, the planned landing site for Chang'e-3.
The Chang'e-2 mission has reportedly cost 900 million Yuan (134 million dollars), much less than that of Chang'e-1 that had cost 1.4 billion Yuan.
Chang'e-3 is expected to be launched from the country's fourth and latest satellite launch center in Wenchang, South China's Hainan province, before 2013.
SOURCE: Sify.com
Editorial Message
This site contains materials from other clearly stated media sources for the purpose of discussion stimulation and content enrichment among our members only.
whatsonsanya.com does not necessarily endorse their views or the accuracy of their content. For copyright infringement issues please contact editor@whatsonsanya.com