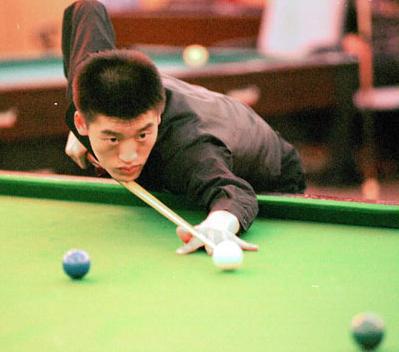 Jin Long made a break of 48 points to win the first frame 68-21 before Milkins pulled one back.

Milkins got 67 points with two hits in the third frame and continued to grab the fourth frame, taking a 3-1 lead into the mid-session interval.

However, Jin made a break of 71 points to win the fifth frame before Milkins snatched the sixth with a run of 106 points.

During the seventh frame, which featured solid defence from both sides, Milkins made a late attack with a break of 39 points to claim the victory.

"I didn’t play as well as I had expected," said Jin.

"We played quite slowly at the beginning, and I hadn’t expected to win," Milkins said.

Next news: Hainan Airlines-backed HK Airlines may cancel A380 order