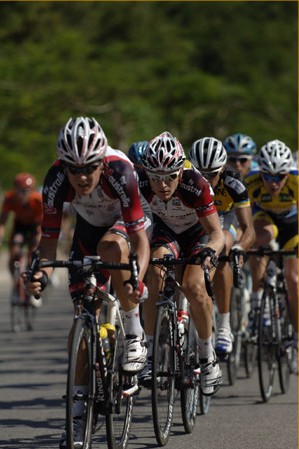 Three teams with Tour de France experience, including world No 1 Astana, appear in this 5-year-old event for the first time.

After a city circuit race in Sanya, the 1,466km event will progress counter-clockwise around Hainan Island and pass through 18 cities before finishing in Sanya on Oct 19. The race’s nine stages will include flatlands, hills and mountains.

After the island suffered some of its worst storms in 50 years last week, the organizing committee changed part of the route to avoid areas damaged by flooding. Organizers will monitor the route to ensure the safety of the cyclists.

The event, which began in 2006, was upgraded this year from a continental 2.2 classification to 2.HC, an elite men’s race one level below Europe’s three Grand Tours. The only other Asian races at that level are the Tour of Langkawi in Malaysia and Tour of Qinghai Lake in China.

Next news: Charity party themed ‘We Are Together’ held in Haikou