Dead US skier Taylor Storch, 13, organs live on in 4 persons

Updated: 2010-10-02 00:00:00
This is the emotional moment a mother hears her late daughter’s heart beat again inside the chest of a transplant patient.

Taylor Storch, 13, died in a skiing accident on the last day of a family holiday in Colorado in March this year.

Her organs were donated – and through an extraordinary series of events – six months her parents Todd and Tara Storch found themselves face to face with the woman who was alive only because she had received their daughter’s heart. 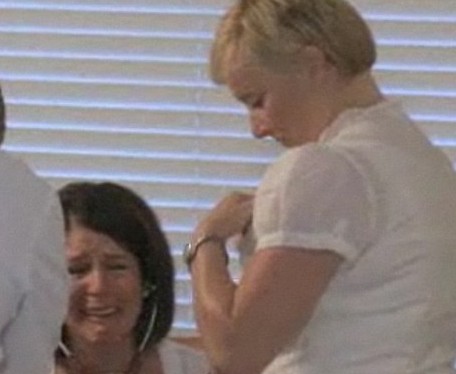 ‘A huge kick’: Mother Tara Storch breaks down as she listens with a stethoscope to her daughter’s heart beating in the chest of 39-year-old donee Patricia Winters

Emotional: Mrs Storch listens to Taylor’s heart with the stethoscope. The first time she met Patricia Winters she laid her head on her chest to hear the heart without any aid – and it gave a ‘huge kick’, a sign they now believe was from Taylor
Patricia Winters, 39, first met with the Storches in September. The trio hugged silently for a minute – then Mrs Storch made an emotional request. 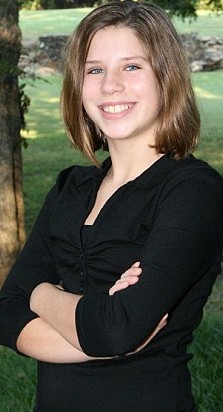 Gift of life: Taylor Storch, 13, in an image taken from a Facebook page dedicated to her memory, died in a skiing accident in Colorado in March
‘I asked her, "Can I just lay my head on your chest and listen?"’ she told NBC’s Today show host Meredith Viera.
‘Taylor and I were very, very close and I would lie in bed with her and just snuggle with her,’ she explained.
‘So I got to lay my head on her chest. What was magical was while I was doing that, her heart just had this huge kick. Then Patricia said, "Did you hear that?" And I said, "Yes, I did."
‘Then it did it again – this huge kick.
‘I looked at Patricia and she said, "I was praying while you were lying on my chest that Taylor would give you a sign that she was here."
‘And she did. I will never forget that. It was truly the gift of Taylor letting me know she was here.’
Taylor had fallen backwards, her body slamming into a tree on the last day of a family skiing holiday in Beave Creek Colorado in March.

A day later, doctors told her devastated family that she was brain dead.

The Storchs, who live in Texas, told the Today show that they had not hesitated to donate their daughter’s organs after her tragic death.

Mr Storch said Taylor had been a ‘giving, wonderful person’, adding that the choice had been ‘very, very easy’.

Taylor’s organs went on to save the lives of four people – including Arizona native Patricia Winters.
She had been suffering with cardiomyopathy for nearly five years. Her condition had degenerated so far that she was sleeping 18 hours a day. She said she was virtually unable to care for her two young sons. 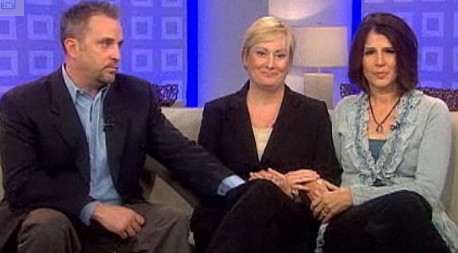 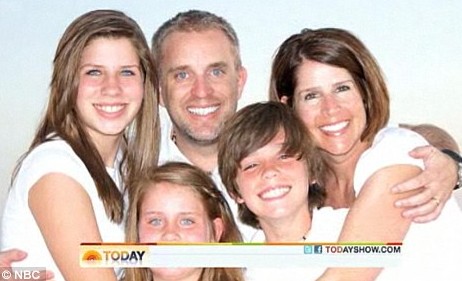 Living on: Taylor, left, in an undated photograph with her family – parents Todd and Tara, back, and her younger brother and sister, front, who have not been identified
‘I felt like I wasn’t going to last too long,’ she said.
She received Taylor’s heart in March in a surgery performed in Tucson, Arizona.

Though all organ donations are confidential, Mrs Winters put two and two together when a friend her her husband Joe sent her an article from Colorado stating that a 13-year-old girl had died in a ski accident and a 39-year-old Arizona woman had received her heart.

Taylor’s mother Tara, meanwhile, was also thinking about the heart transplant.
She told the Today show that a neighbour had searched the internet until finding an article about someone in Arisona who had received a heart transplant. 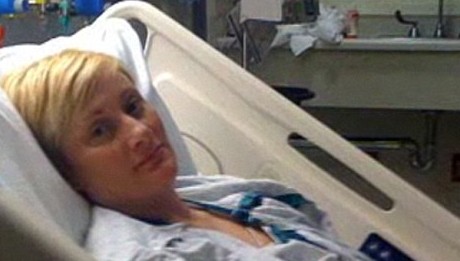 Grateful: Patricia Winters lies in a hospital bed in an undated image. She said she is alive and caring for her two young sons today because of Taylor’s gift 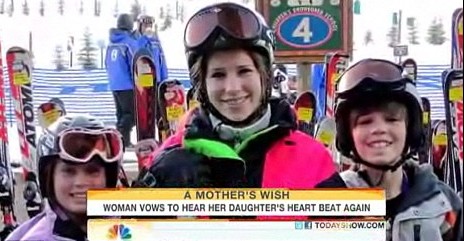 Family tragedy: A smiling Taylor with her grinning brother and sister in their ski gear in another undated family photograph
SOURCE: Daily Mail
Editorial Message
This site contains materials from other clearly stated media sources for the purpose of discussion stimulation and content enrichment among our members only.
whatsonsanya.com does not necessarily endorse their views or the accuracy of their content. For copyright infringement issues please contact editor@whatsonsanya.com

Next news: Cost of 3-Day-2-Night tour in Hainan stays the same this National Day holiday