Hainan may bid for Luxemburg Pavilion at Shanghai World Expo 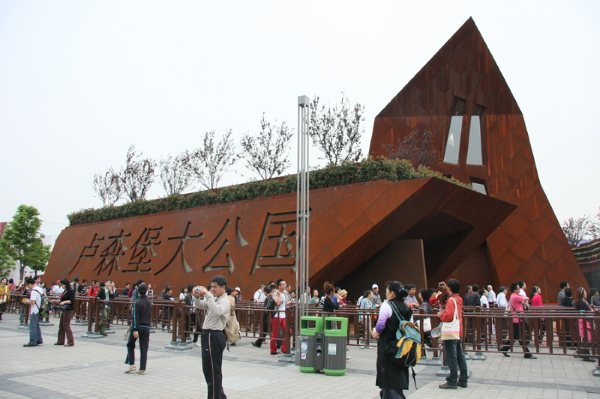 Luxemburg Pavilion
With 2010 World Expo drawing to conclusion in the end of October, Shanghai’s neighboring cities are competing with each other to buy and rebuild some popular foreign Expo pavilions after the World Expo, hoping the exotic buildings can help attract both tourists and foreign investment.

Even smallest exihibition hall attracted big interest, as Hefei, the capital city of Anhui province, hopes to move a 330-square-meter pavilion in Zone C, themed on "Germany and China — Common in Activity," to a creative park of the city.

Some district governments in Ningbo, Zhejiang Province, were discussing with the Spain, Nepal and India pavilions, said Yue Wei, a member of the Ningbo Expo participation committee.

The Nepal or India pavilions, that highlight Buddhist culture, could be moved to tourist destinations also featuring Buddhism such as the Tiantong Mountain to attract more visitors, she said.

The Hangzhou Bay New Area of Ningbo is negotiating with the Spain Pavilion for its Europe Industry Zone, said Zhou Jiangyong, director of the management committee of the area.

The Spain Pavilion covers more than 6,000 square meters and had a budget of about US$30 million.

The provincial governments of Jiangsu, Anhui and Hainan provinces had shown interest in buying the Luxemburg Pavilion, said a pavilion official.

Wuhan, capital city of Hubei Province, is also in the running to buy the 3,000-square-meter pavilion whose facade was of a special steel to commemorate the building of China’s first iron factory in Wuhan with the help of Luxemburg engineers in 1890.

The pavilions were valuable commodities because of the Expo and sure to bring huge commercial opportunities to any buyer, said Chao Yuen-Chuan, a senior official at the Taiwan Pavilion.

Officials are seeking a minimum of US$12.96 million in an auction for the Taiwan Pavilion.

However, Huang Yaocheng, counselor for national participation with the Bureau of Shanghai World Expo Coordination, said Chinese cities should pay more attention to the intangible heritages of the Expo rather than the buildings on the site.

"The heritages of the World Expo are far more than these buildings," he said.

He suggested the cities’ officials come to visit and learn from urban experiences at the Expo.

Previous reports said the total investment of foreign pavilions at the Shanghai World Expo exceeded US$590 million. About 12 pavilions had budgets of more than US$15 million.

The Bureau of International Expositions, the governing body of World Expos, stipulates that all foreign pavilions must be dismantled after the Expo to showcase the eco-friendly concept.

However, Vicente Loscertales, secretary-general of the BIE, has said the pavilions could be rebuilt outside the Expo site.

SOURCE: english.anhuinews.com
Editorial Message
This site contains materials from other clearly stated media sources for the purpose of discussion stimulation and content enrichment among our members only.
whatsonsanya.com does not necessarily endorse their views or the accuracy of their content. For copyright infringement issues please contact editor@whatsonsanya.com