HomeSports & RecreationOutdoor & Indoor SportsThings to do when body parts fall out, prior to surgical emergency

Things to do when body parts fall out, prior to surgical emergency 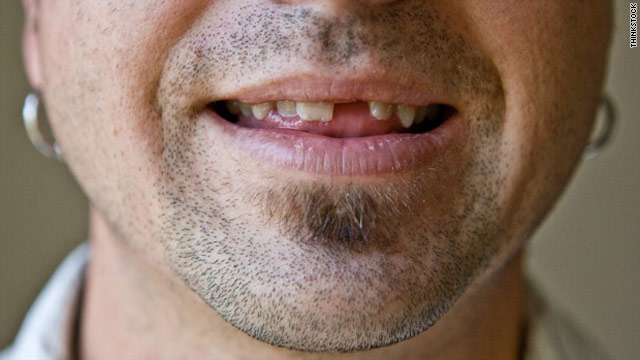 Whether it’s a missing tooth or an eye that’s popped out of its socket, many people don’t know what to do in such situations.
Jim Beaty was renovating his Seattle, Washington, home one day when he went to cut a 16-foot piece of siding in the garage. He turned to talk to his son, Eric, and the electric saw went out of control and cut his fingers.

Beaty had sawed nearly all the way through his index finger, and he’d entirely cut off the top inch of his middle finger. Before they went out the door to the doctor’s office, Beaty and his wife decided to put his fingertip in a Tupperware container with ice.

"That was probably the biggest mistake we made," Beaty says now.

Emergency room physicians say people often don’t know what to do with a body part that’s become derailed, whether it’s a toe, finger, tooth or an eye that’s popped out of its socket. Here’s some advice:

A nurse at Swedish Medical Center admonished Beaty and his wife when she saw his finger lying in ice.

"This is not how to do it," Beaty’s wife, Linda Carlson, recalls the nurse saying. Then, a little more tactfully the nurse added, "You probably don’t plan to do this again."

The nurse informed the couple that although they were right to keep the finger cold, direct contact with ice could give the vessels freezer burn and make reattachment difficult.

The first thing you do when a body part becomes detached is control the bleeding. Put direct pressure on the wound and elevate it higher than the heart, advises Dr. Dave Manthey, professor of emergency medicine at Wake Forest University Baptist Medical Center.

Then rinse off the severed finger or toe (or part thereof).

"You are trying to decrease the bacteria," Manthey explains. "But don’t scrub it. If you scrub, you’re causing blunt force damage."

Now get a clean cloth or piece of sterile gauze, dampen it with cold water and wrap the finger or toe in it. Then put the wrapped appendage into a plastic bag and put the bag in cold (preferably iced) water.

Finally, notes Manthey, keep the body part with you. For example, don’t give it to a spouse, who might end up getting separated from you on the way to the hospital.

Despite the mistake with the ice, surgeons did manage to reattach Beaty’s finger, and he now has full use of it, although he’s lost some sensation, and it’s shorter than his other middle finger.

Here’s more toe and finger first aid advice from the American Academy of Orthopaedic Surgeons, and here’s information about surgery to reattach fingers and toes from the National Library of Medicine.

If a tooth falls out, it’s important to keep the ligament trailing off the end of the tooth moist. But the old wives’ tale about putting the tooth in a glass of milk is wrong, says Dr. Kimberly Harms, a spokeswoman for the American Dental Association who practices in Farmington, Minnesota.

Rinsing the tooth with milk (or water) is a good idea, she says. Milk is useful not because of its calcium content, as many believe, but because it has a neutral pH, she says.

If you lose a tooth, say, at a ball game, and neither milk nor water is immediately available, "suck off the dirt," she advises.

After rinsing, immediately put the tooth back in its socket. To make sure you’ve put it in correctly, bite down, and it should feel normal. "I’ve had patients put it in backward," Harms says.

Then get to the dentist or the emergency room as quickly as possible. "The critical period is an hour," she says. "The longer the tooth is out, the less chance of having a successful implantation."

If your child loses a baby tooth, chances are the dentist won’t reattach it, but visit the dentist anyway to make sure the root of the tooth isn’t broken, Harms advises.

Here’s some advice about teeth that have suffered trauma from the National Library of Medicine. Parenting magazine has information about knocked-out baby teeth.

Eyeballs: Don’t push back in

At a Big East tournament game in 2006 at Madison Square Garden, a player for the Pittsburgh Panthers went for a loose ball at the same time as Allan Ray, who was playing for Villanova. The player inadvertently poked Ray in the eye.

"My eyelid went behind my eye," Ray wrote in an e-mail from Italy, where he’s playing for the Sutor Montegranaro team.

In the ambulance, Ray says he asked why he couldn’t see out of his eye, and then passed out.

He awoke in the hospital. "My Dad was standing over me, and I was able to see," he remembers. "The doctor said that my eyelid went back into place on its own."

"I’ve only seen one case," says Dankner, a spokesman for the American Academy of Ophthalmology.

When it does happen, such as in a trauma like Ray’s, the eyeball doesn’t fall down because it’s held in place by the optic nerve, he adds.

The eyeball doesn’t pop out, he says.

If your eyeball becomes dislodged, don’t try to put it back, Dankner warns.

"You could push the wrong part of the eye and cause more problems," he says.

Instead, get to an emergency room as quickly as possible. Dankner advises calling ahead if you can and asking if an ophthalmologist can be waiting for you.

The doctor will push the eye back in and give you antibiotic ointment.

Ray says his vision was blurry and his eye was red for about two weeks after his accident, but now his vision is perfect.

He doesn’t blame the player who poked him.

"He was a good friend of mine," Ray says. "He grew up in the Bronx across town from me."

SOURCE: cnn.com
Editorial Message
This site contains materials from other clearly stated media sources for the purpose of discussion stimulation and content enrichment among our members only.
whatsonsanya.com does not necessarily endorse their views or the accuracy of their content. For copyright infringement issues please contact editor@whatsonsanya.com