Sex can boost your brain power 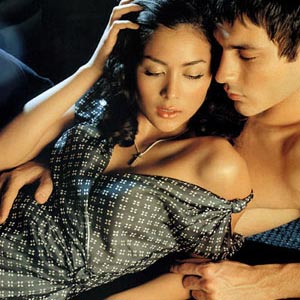 Sex can make you smarter

Past research has discovered that stressful and displeasing events can impede the growth of brain cells in adults. Princeton researchers wanted to test these findings to see if pleasant events would then have the opposite effect.

Researchers allowed male rats access to sexually receptive female rats either once a day for two weeks, or only once in two weeks. The rodents’ blood was monitored for the stress hormone glucocorticoids, which is widely believed to impede brain cell growth. These results were then compared against male rats that had never had sex.

All groups had cell growth in the hippocampus, which is the region of the brain associated with memory and most sensitive to unpleasant experiences. However, the rats that had more sex had an increase in the number of connections that developed between brain cells. The rats that only saw females once in two weeks had increased levels of the stress hormone and fewer connections. The sexually experienced rats were also generally less anxious than the virgins and showed less fear when given food in unfamiliar settings.

Stress can have a negative impact on your brain development. If a rat is stressed due to a lack of sex, these detrimental stress levels can be alleviated with sex. Also, adult virgins may have a higher level of anxiety and insecurity due to sexual inexperience which may impact their brain development. While researches have yet to conduct the same experiment on humans, the finds are assumed to be similar. In essence, stress has a negative impact on your brain. If you alleviate the cause of that stress, your brain will function better.

This site contains materials from other clearly stated media sources for the purpose of discussion stimulation and content enrichment among our members only.
whatsonxiamen.com does not necessarily endorse their views or the accuracy of their content. For copyright infringement issues please contact editor@whatsonsanya.com

Next news: 23 fishermen rescued off Hainan during Typhoon Conson return to Vietnam