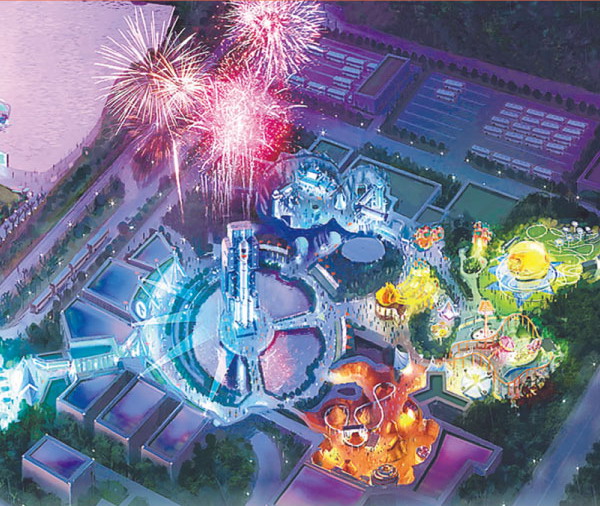 An artist’s rendition of the aerospace themed park in Hainan

Hong Kong-listed China Aerospace International Holdings will build a space theme park in China’s island province of Hainan to compete with Shanghai Disneyland, with both parks expected to open in three or four years, the South China Morning Post reported.

The aerospace theme park, based on the aerospace launching site in Wenchang, a city in the province, will soon break earth. It will become the first of its kind nationwide.

The project, to cover a total area of about 407 hectares, will be composed of the aerospace theme park zone, the space plant zone, and the residential zone. It is predicted to absorb a total investment of CNY 16 billion.

In particular, the aerospace theme park zone will contain four parts, separately for the earth, the sun, the moon, and the Mars. Its functions will include the amusement, the launching site show, and the actual launching show.

After the completion of the space theme park at Wenchang Satellite Launching Center, space debris of Shenzhou I, and Shenzhou II and Shenzhou III will be settled down here.