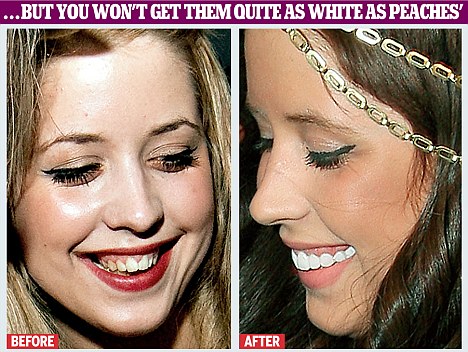 Brushing your teeth twice a day could save you from a heart attack.

Scientists say those who fail to keep their teeth clean have a higher chance of suffering heart problems.

It is well established that having gum disease makes you more prone to heart disease, but this is the first time a link has been made with brushing habits.

A study found that those who never or rarely brush their teeth are 70 per cent more likely to suffer heart disease than those who brush twice a day.

Previously, researchers have found that poor dental hygiene and bleeding gums can allow up to 700 types of bacteria to get into the bloodstream, increasing the risk of a heart attack regardless of how healthy the person is.
Bacteria entering the bloodstream may activate the immune system, making artery walls inflamed and narrowed, or attach directly to fatty deposits already present in the arteries, causing further narrowing.

In the latest study, researchers from University College London analysed data for more than 11,000 people with an average age of 50 taking part in the Scottish Health Survey.

Just over six out of ten (62 per cent) visited their dentist every six months while 71 per cent said they brushed their teeth twice a day.

Over the next eight years, there were 555 cases of serious heart problems, of which 170 were fatal, says a report published online in the British Medical Journal.

The experts found that those who never or rarely brushed their teeth were 70 per cent more likely to suffer heart disease than those who brushed twice a day.

This held true even when factors likely to influence the results, such as obesity and smoking, were taken into account. Poor oral-hygiene was also linked to low-grade inflammation in the blood.

Researcher Professor Richard Watt said: ‘Our results confirmed and further strengthened the suggested association between oral hygiene and the risk of cardiovascular disease.

‘Future experimental studies will be needed to confirm whether the observed association between oral health behaviour and cardiovascular-disease is in fact causal or merely a risk marker.’

Professor Damien Walmsley, scientific adviser to the British Dental Association, said: ‘There are several studies linking a wide range of health conditions, such as heart disease, diabetes and even dementia, to poor oral health.

‘However, further research is necessary to confirm whether these findings are just coincidental or have a definite cause and effect.

‘Whatever the true position is, we can say with certainty that if people-brush their teeth twice a day with fluoride toothpaste, visit the dentist regularly and restrict sugary snacks to mealtimes, this will go a long way towards keeping their teeth and gums in a healthy state for life.’

First it was ghastly orange fake tan. Now Peaches Geldof has continued her Hollywood make-over with a set of blindingly white teeth.

Miss Geldof, 21, debuted her dazzling new gnashers in London on Wednesday night -fittingly, at a launch for Ray-Ban sunglasses.

A dental expert said it appeared she was using veneers, where a thin layer of porcelain is placed over the existing teeth.

These can cost around &pound;9,000 and last for up to ten years. The socialite, who was also sporting an unusual medieval-style chain headdress, was in the UK for a short visit.

She has been staying in Los Angeles where she is trying to launch her career and is dating American actor and director Eli Roth.