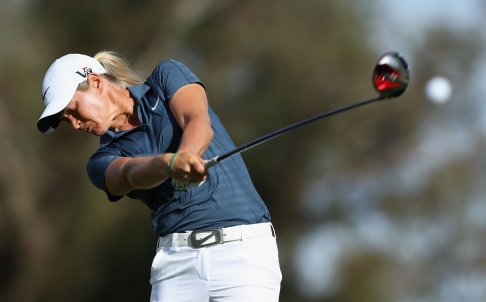 World No.1 Park In-bee and defending champion Suzann Pettersen will renew their rivalry at the Mission Hills World Ladies Championship in March in Hainan Island, China.
Pettersen, the world No.2, edged out Park by a single shot in a thrilling conclusion to last year’s tournament. Park still had plenty to celebrate though, lifting the team trophy for South Korea with compatriot Kim Ha-neul.
I have great memories of my victory at Mission Hills Haikou as it kicked off a brilliant year for meSuzann PettersenThe World Ladies Championship marked the start of a stellar year for both the world’s top players. Park went on to capture six titles on the LPGA Tour in 2013, including the first three majors of the season, while Pettersen lifted four LPGA Tour titles, including the season’s fifth and final major, the Evian Championship.
“I have great memories of my victory at Mission Hills Haikou as it kicked off a brilliant year for me, so I’m delighted to be returning to defend my title,” said Pettersen of Norway.
Park said: “Finishing as runner-up in the individual tournament has made me determined to go one better this time and, of course, I’ll be aiming to successfully defend the team title for Korea. Mission Hills Haikou is a wonderful facility and I’m really looking forward to coming back.”
The US$600,000 Mission Hills World Ladies Championship will be held on the challenging Blackstone Course at Mission Hills Haikou from March 6-9.
Tenniel ChuOrganised in conjunction with the China Golf Association and co-sanctioned by the China LPGA Tour, it will be the fourth event on this year’s Ladies European Tour (LET) schedule.
The World Ladies Championship is unique in professional golf in that it consists of three events in one – an individual professional competition, a professional team championship in which 18 countries are represented by teams of two, and an individual amateur tournament.
“We will be announcing more star players in the near future as we continue to assemble a world-class field for this prestigious event,” said Mission Hills Group vice-chairman Tenniel Chu.
SOURCE: scmp.com
Editorial Message
This site contains materials from other clearly stated media sources for the purpose of discussion stimulation and content enrichment among our members only.
whatsonsanya.com does not necessarily endorse their views or the accuracy of their content. For copyright infringement issues please contact editor@whatsonsanya.com.

Next news: Hotel room rates in Qionghai to not exceed RMB688 during Spring Festival