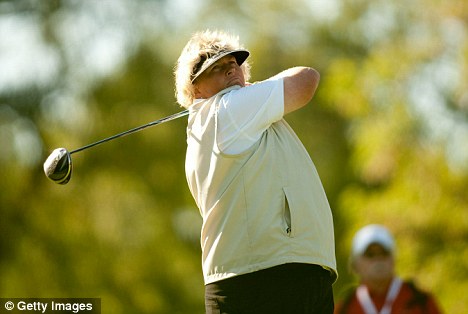 Victory came just a fortnight after success in Austria and the four-time major champion said it was one of the best wins of her life after she thought she’d blown it by carding a quadruple bogey eight on the 13th hole.

After going to the turn in three-under 32, Davies was three strokes clear of the field when she hit her tee shot left onto a steep rocky slope, on the uphill par-four.

Along with her caddie Johnny Scott, she scrambled up the slippery and dangerous hill and found the ball but twice hit a rock behind it while trying to escape from the trouble.

The 46-year-old hit her fourth shot onto the fairway and, by the time she walked off the green with a nine, Davies was tied for the lead with England’s Lisa Hall on 10-under.

Unlike at last week’s Open de France, where Davies was tied for the lead after 10 holes in the final round only to triple bogey the 11th and fall out of contention, she responded immediately with brilliant birdies on the 14th and 15th holes to establish a two-stroke advantage.

Hall double bogeyed the 16th to drop back into a four-way tie for fifth.

"That was really the only poor tee shot I hit all day and we hit the cart path," Davies said.

"If it doesn’t hit the path, I think I’m probably going to run back onto the fairway and knock a sand iron on the green.

"Unfortunately, it was in bounds and we found it."

The veteran is 4,038 clear of South African Lee-Anne Pace in her quest to claim the No.1 spot for the eighth time in her career.

There are five events remaining this season, with the next tournament the Sanya Ladies Open in China from October 22-24.

SOURCE: smh.com.au
Editorial Message
This site contains materials from other clearly stated media sources for the purpose of discussion stimulation and content enrichment among our members only.
whatsonsanya.com does not necessarily endorse their views or the accuracy of their content. For copyright infringement issues please contact editor@whatsonsanya.com