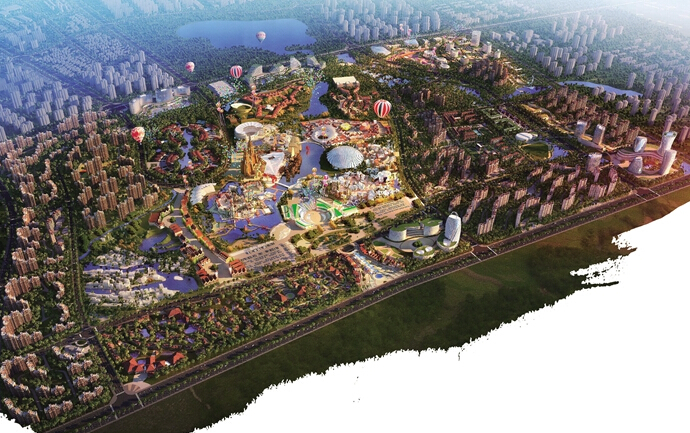 The first phase of the Changying Hainan movie theme park will be put into trial operation before October 2016.
Situated in Changliu District on the west side of Haikou, the 6,000-acre movie theme park involves a total investment of 38 billion yuan.
Changying Hainan Movie Theme Park will be designed into the world’s largest film theme park featuring entertainment, film shooting and business.
The movie theme park will have more than 300 film-based amusement programs, with special effects that combine the most advanced and dynamic film technologies to date. Audiences can experience the world’s most advanced film-related entertainment during their day at the park, as well as enjoy other special effects, associated with hearing and feeling, at the three-dimensional water screen theater.

By then, Changying Hainan Movie Theme Park will exert direct influence on promoting the development of the local film industry as well as the local economy.
SOURCE: WOS Team