Origin of the Festival

The Festival is believed to have originated in ancient China. Today the best known origin of the festival is the suicide of Qu Yuan, a poet and statesman of the Chu kingdom during the Warring States period in 278 BC. He is a descendant of the Chu royal family and served as a high-ranking official.

However, when the king decided to ally with the increasingly powerful state of Qin, Qu was banished for opposing the alliance. During his exile, Qu Yuan wrote a great deal of poetry, for which he is now remembered.

Twenty-eight years later, Qin conquered the Chu capital. In despair, Qu Yuan committed suicide by drowning himself in the Miluo River on May 5 of the Chinese lunar calendar.

It is said that the local people rushed to save him by rowing their boats as quickly as possible. This is said to be the origin of dragon boat racing. Then the folks threw food into the river to feed the fish so that they would not eat Qu Yuan’s body.

Two of the most important activities of the festival are dragon boat racing and dragon water bathing.

The Dragon Boat Race is the most popular activity in Sanya during the festival, attracting thousands of people. 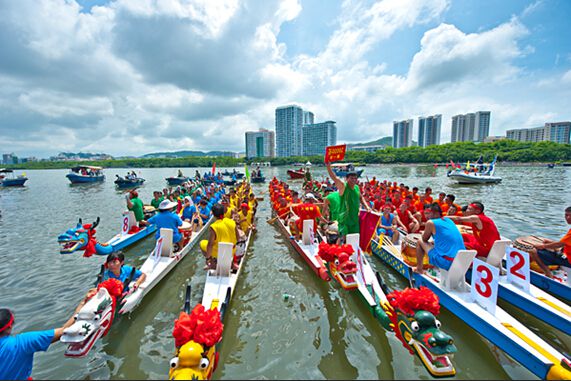 On the 5th day of the fifth lunar month every year, the event usually takes place at the port or on Sanya River. Once the race starts, numerous spectators flock to the port or flank the river banks to cheer for their favorite teams. The contestants, for their own honor and the entertainment of the folks, battle it out in the eye-catching boats, reaching the finish line by braving the waves. 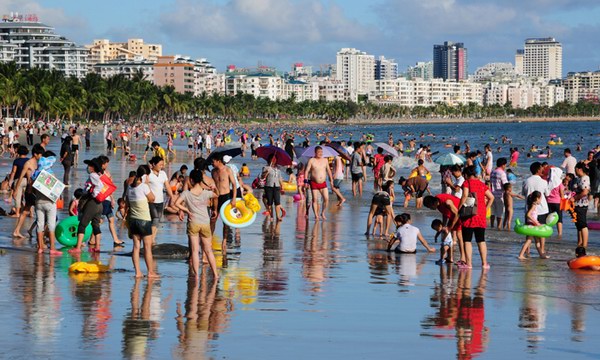 Hainan is well known for the tradition of dragon water bathing during the Dragon Boat Festival to keep one safe and healthy throughout the year.

It is believed that Qu Yuan, a patriot poet during the Warring State Period (475-221 BC), became a dragon after he committed suicide in the river.

In Sanya, during the festival, Sanya Bay and Dadonghai will get ready for crowds of people flocking to the beach to wash away bad fortunes and be blessed with good luck for the following year.